Xaviar was an influential elder of the Gangrel and the last Justicar of his clan. He served from 1712 up until 1999, when he withdrew the Gangrel from the Camarilla.

Born Xavier de Calais, he was Embraced in his native France during the Hundred Years' War. Abandoned by his sire after the Embrace, Xaviar traveled north to Scandinavia, where he remained a solitary monster-hunter for several decades. Eventually, he traveled to Germany's Black Forest, where he became a renowned Lupine hunter. During this time he first became acquainted with the Camarilla and the Masquerade.[1]

After some time in Kindred society, Xaviar's wanderlust led him to the Middle East and, from there, Africa. At the dawn of the 18th century, he traveled to North America, where he tracked down and destroyed the Gangrel Justicar Elijah, who had succumbed to his Beast. When he presented the Conclave of 1704 with evidence of this deed, he was made an Archon on the spot, and was appointed to be the clan's new Justicar at the next Conclave, seven years later.

He served his clan as a Justicar intermittently for centuries.[1] His base of operations was the city of New Orleans,[1] where he hosted a Conclave every three years.[2][3]

In 1999[1] (or, alternately, shortly before the Conclave in 1998[4]), Xaviar led a war party of Gangrel in an assault on a bizarre creature that slaughtered and deformed nearly all of the kindred it fought.[5] Xaviar came to believe that the creature was an Antediluvian; when he brought his concerns to the Camarilla, he was rebuffed, with the Camarilla's leadership repeating their claim that the Antediluvians were merely a legend. Incensed, Xaviar announced that his clan was, as of that point, no longer a part of the sect.[6]

He became confident that the Antediluvians of myth exist, and that some of them may once again stalk the night time world. Once again he began to act as sergeant, coordinating packs of Gangrel who stand by his cause. He insisted that they remain mobile, for a moving vampire would be a harder meal for the Antediluvians than one who remains in the city, and he periodically required them to provide "scouting reports" of territory through which they have recently passed. Slowly, Xaviar was amassing an enormous database of supernatural activity. Of course, this database was only in his head; Xaviar would not know a computer if an enemy dropped one on him. But he used to spend hours each night attempting to correlate disparate reports from packs under his command.[7]

Xaviar unsuccessfully attempted to sway the Camarilla's Gangrel warlord Karsh to his side by reminding him of the clan's history and of the portents that their legends held for their future.[8] Karsh and Xaviar came into conflict when Xaviar backed the rogue Brujah Archon Theo Bell in his investigation into a network of Kindred slave traders that was targeting the now-solitary Gangrel clan.[9] Together, Xaviar and Bell surprised and staked the Camarilla Warlord, Karsh, and threw his body into the Atlantic Ocean.

Xaviar soon gathered a number of prominent Gangrel – including both the Chicago primogen Inyanga, and Mark Decker, the prince of Milwaukee – to ally against the slavers' diabolist Brujah puppet-masters. The small Gangrel "army" they assembled backed them in their assault on the slavers' main compound. Although the slavers were broken and their leaders destroyed, an ancient True Brujah infernalist was able to kill Xaviar using balefire, subsequently ripping out his heart and eating it at the culmination of the battle.[9]

Nobody, even fellow Gangrel, listened to Xaviar the first time he spoke. It took marching into a convocation of the Camarilla's biggest players for other Kindred to take notice of him. Though he pulled his Clan out of the sect, it took some time for individual Gangrel to leave as the Clan has little hierarchy and lacks an effective communication network. Some became Autarkis, while many more joined the Anarchs.

Gangrel now share a communal guilt for their initial disbelief of Xaviar's claims and slow reaction to his proclamation, as he met Final Death soon after. Few know if the Camarilla or some other agency slew the mighty Gangrel, but all know their ancestor was wronged. Now they take up his torch and attempt to bring the Gangrel into truth's flickering light.

Xaviar considers himself one of the noble beasts of the night. As such he only wears clothes when dealing with people – even so he wears loose, comfortable travel clothes; jeans, jackets, T-shirts and other anonymous trappings. Embraced in the field as he was, Xaviar displays a perpetual three days' growth of beard, which he sometimes shaves but usually does not.

His many nights of predation have given rise to many Frenzies, and he has acquired some facial features of a bat. Xaviar moves soundlessly, suggesting that perhaps he has picked up a few other proclivities of bats as well. His hands have become hooked claws, and short, rude spurs protrude from his spine. Despite his bestial appearance, however, Xaviar exudes an aura of majesty appropriate to one of the great creatures of legend about which his sire once sang.

However, the ill-tempered exterior he shows the world conceals both voracious intellect and ruthless ambition. Some of his contemporaries swear by old-fashioned, fairy-tale concepts such as honor, solitude, and stoicism. But not Xaviar! He craves the weapons they would not dare use. He is a climber first and foremost – a competitor, a challenger, a consummate conniver. Whereas others of his kind would prevail through forthright superiority and flowery speeches, he has mastered exploiting weaknesses through the slow, steady erosion of confidence that follows in the wake of chaos. The well-placed word behind the scenes that softens an opponent in preparation for his inevitable strike.

According to the Guide to the Camarilla and Clanbook: Gangrel Revised,[10] Xaviar pulled the Gangrel out of the Camarilla at the Conclave of 1998, and his reasons for doing so were left purposefully vague. However, in the Clan Novel Saga, this instead occurred at an emergency Conclave that was called in Baltimore, Maryland on Saturday, August 7th, 1999, and the event that prompted this action was specifically the slaughter of numerous Gangrel by the Eye of Hazimel. 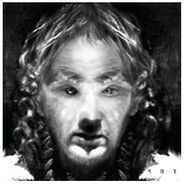 Xaviar VTES card (The Unaligned set). Art by Carmen Cornet
Add a photo to this gallery

Retrieved from "https://whitewolf.fandom.com/wiki/Xaviar?oldid=213763"
Community content is available under CC-BY-SA unless otherwise noted.