White Wolf Wiki
Register
Don't have an account?
Sign In
Advertisement
in: Games, World of Darkness, Werewolf: The Apocalypse

In the game Werewolf: The Apocalypse, the Garou (werewolves) were made to defend the earth from the cosmic forces that threaten to tear it apart. The Garou fight against the Wyrm, the destroyer. It is a struggle against nearly insurmountable odds, especially considering the rivalry between many tribes. These rivalries make it almost impossible for the werewolves to present a unified front against a cosmic force that pervades reality. 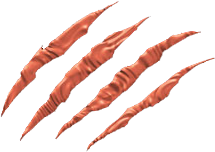 From this morass of hatred and mutual betrayal, there is little hope that the Garou can emerge triumphant against a foe so well armed as the Wyrm. The Wyrm promises money, power, sex, and whatever else the heart desires to its followers while the Garou receive no reward for their striving. It drives them deeper and deeper into despair, or into betrayal so deep that they choose to serve the Wyrm instead.

The three main spiritual forces in the World of Darkness are the Wyrm, Weaver, and Wyld. The Wyld is raw unbridled creation. The Weaver spins reality into patterns. The Wyrm is supposed to destroy the excess order or the excess chaos. However, the Weaver went insane and tried to spin all of reality into its web, including the Wyrm. This drove the Wyrm mad so that it now seeks not to balance, but to destroy everything. The Wyrm has many agents and many faces, all bent on the utter destruction of Gaia, the Earth. The Garou are fighting to keep the Apocalypse from coming, but they are dying out and losing the war. Some tribes believe that the coming Apocalypse will be the end of everything, and fight desperately for even the smallest victory. Other tribes believe the side that wins at the final battle will be able to reshape the world in its own ideal. Some Garou blame the Wyrm for all evils and some blame the Weaver for spinning the world into stasis. Thus the Garou can agree on nothing and will not provide a unified front in the coming End Times.

The Garou (werewolves) believe themselves to have been created by Gaia as her defense against the Wyrm and Weaver. They are the ultimate predators in the World of Darkness. They revere the Wyld but are also steeped in millennia old traditions. They are fighting to survive in the modern world, but cling to the old ways. Adding to their troubles is the fact that only one in ten offspring of a Garou turns out to be Garou themselves.

Worse still, their kin, the wolves, have been nearly hunted to extinction, leaving them with very few wolf mates. Thus they have had to make do with humans, thinning the primal instincts of the Garou so that a Homid Garou may never have seen a forest until after his First Change. There is one way to guarantee Garou offspring, and this is to mate with another Garou. However, due to an ancient curse laid on the Garou, any offspring produced this way are deformed and sterile, marking them as obviously different. Their birth can put the life of their mother in jeopardy. Thus the Garou need to take their chances with humans and wolves to continue the line.

The Garou are a divided people, separated along lines of breed, auspice, and tribe. Each Garou has a breed, auspice, and tribe and this means that they are not even uniform along a single trait. A Lupus Ahroun Child of Gaia is a far different creature than a Lupus Ahroun Shadow Lord even though they share two traits in common. The most severe divisions are between tribes, but breeds and auspices hold different values as well, which can contribute to conflicts in ideals.

Homid: These are Garou who were raised in human society, and often never know their heritage until their First Change. They often have trouble dealing with the wilderness and the spirit world. They are, however, deeply knowledgeable of human society and understand most technology. Homids are the most common breed.

Metis: These are the deformed and sterile offspring of two Garou. They are perhaps the best balanced of the breeds being equally likely to understand the wilderness or human technology. Additionally, their natural form is Crinos, the man-wolf form, granting them great battle prowess. If accepted into the pack, they have the advantage of being raised in Garou society and thus know its often quirky ins and outs. Once they were the rarest of the breeds. It's a sign of how desperate things have become that in some tribes, they are more common than Lupus.

Lupus: These are born of wolves and have a deep primal connection to Gaia. However, they are sadly out of place in the human world, having little understanding of human society. Some never even learn to speak a human language. Most hate technology and often blame humans for all that is wrong in the world.

Ragabash: Those born beneath the new moon are the tricksters and fools of Garou society. They challenge the Garou's traditional ways in order to help discard traditions that are outdated. Their tricks and pranks teach wisdom and humility to those who would listen. However, most Garou have little respect for the role of the Ragabash and consider them little more than pranksters. In addition, they also tend to be the assassins of the Garou, using Gifts to help them remain undetected.

Theurge: Those born beneath the crescent moon are the mystics and seers of the Garou. They have a natural affinity with the spirits and can speak with them, either persuading them to join their cause or forcing them to do their bidding like sorcerers. They are often associated with healing as well.

Galliard: Those born beneath the gibbous moon are filled with passion that bursts forth in glorious song and hot tempers. They are the warrior-bards of legend taking time out from their art to fight and from their fighting to sing rousing tales or weave intricate stories. They are often joyous and make good company.

Ahroun: Those born beneath the full moon are the natural warriors of the Garou. No Garou is incompetent at fighting, but the Ahrouns excel at it. They often lead the Garou during times of war or when there are no Philodox in the pack.

Some Garou are not part of a tribe, either from expulsion or their own deliberate choice, thus becoming Ronin (WTA).

Garou have several special abilities. They heal damage incredibly fast, and can be killed by little but silver or the claws and fangs of other supernaturals. They can change shapes at will and step into the Umbra, the spirit world. They are granted Gifts by the spirits; these are special magical abilities or spells. They are generally instantaneous effects. This can be anything from being untrackable to conjuring a fireball to the ability to speak with animals. Each Breed, Auspice, and Tribe has its own set of Gifts. Common to all Garou are Rites, magic that requires specific things to be done to invoke them and have oft-bizarre effects. A common Rite is that which allows you to change form without shredding your clothing, while a rare and potent rite allows a group of Garou to build a caern, a gate between the physical and spirit world. Rites take time to learn and to enact.

It is a gift of madness from Luna (the Moon) that allows the Garou to do truly spectacular things. Too much Rage is extremely dangerous and will result in frenzy, a maddened state where the Garou can lose all control. There are two forms of Frenzy that commonly occur: Berserk and Fox. In a Berserk frenzy, the Garou will attack everything in sight regardless of allegiance, if their spiritual side, Gnosis, is weak. In a Fox Frenzy, the Garou will flee in terror and will do anything to get away. Truly horrible frenzies are known as going into the Thrall of the Wyrm. The details surrounding as to what will happen when a Garou enters the Thrall of the Wyrm frenzy is dictated by a Garou's Breed. Thralled Homids will cannibalize fallen enemies (or packmates), Metis will do perverse and twisted sexual things to enemies and packmates (regardless of whether they are alive or dead), and Lupus will attack and destroy anything and anyone who can't defend themselves, particularly packmates. The Thrall of the Wyrm is one of the most dangerous, destructive, and twisted forms of frenzy known amongst the Garou, which may be the reason why some Garou vent their Rage regularly, lest they endanger their allies.

Gnosis is similar to the Polynesian concept of mana, or the Eastern concept of chi. While all creatures have some spiritual component, Garou can consciously control and use it. Garou are quite literally half-spirit already and Gnosis reflects how connected they are to their other half. Gnosis can't be precisely measured, but if you think of it like water, it makes comprehending the difference between a Garou and a human easier. A human has a cupful to last a lifetime, a Garou has access to an endlessly replenishing river.

Gnosis can be used to bribe spirits, activate fetishes (magical artifacts) and Gifts, and to enter the Umbra. Creatures without enough Gnosis generally cannot perceive or enter the Umbra.

Gnosis is a renewable, but dwindling, resource. Garou can regain it at sacred sites, by meditating, or bargaining with spirits. Sacred sites provide Gnosis, but if they become defiled, it can corrupt the Garou, or there simply may be no more available. The water analogy works well here. They need water, but they need to protect their sources because drinking tainted water may make them sick, and if they aren't careful, their well may go dry.

The Umbra is the spirit world, a land filled with spirits, sometimes friendly, but more often hostile in these dark days. It is divided into several layers around the earth (frequently called The Realm, or the Gaia Realm), like an onion. Closest is the Penumbra, the reflection of the real world. In the Penumbra, things are revealed as they are in spirit. Technological items such a computers, or even buildings, are covered in the webbing of the Weaver, while objects of the Wyrm are covered in a thin film of slime and foulness.

Ideas of Werewolf: The Forsaken and differences