Wayfare is an Art of the Kithain. 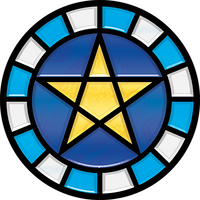 The Art of Wayfare deals with a changeling's ability to move through space. This involves bouncing and covering far distances, speeding forward on feet that move impossibly fast, and even teleporting from one place to another. The Eshu have a deep connection with this Art, though as it is a common Art, any can learn it. In some freeholds, the nobility has come to fear the power of Wayfare, and may act to make it somewhat harder to come by.

Retrieved from "https://whitewolf.fandom.com/wiki/Wayfare?oldid=201527"
Community content is available under CC-BY-SA unless otherwise noted.