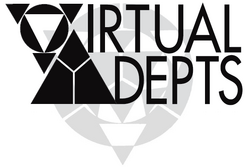 Correspondence
The Virtual Adepts (also known as the Mercurial Elite as of M20[1]) are the youngest members of the Traditions. Focused on the Digital Web, the Adepts search for a way to reach the singularity, the point where mankind can transcend into something post-human.

The Virtual Adept paradigm is one of the more difficult concepts to grasp, as many in-game rationales involve theoretical physics and complex mathematics, but also because it involves looking at reality in a manner that is foreign to most. Central to their magic is the idea of Information as a metaphysical component of existence. There is Information describing all objects, people, places, and ideas; changing the Information changes reality. According to the VAs view of the universe, the Information for all things throughout space and time exist in the Correspondence Point. Magic is then performed by lowering their consciousness into Virtual Space to perceive that Information, and then changing it through force of will. Things are not so simple, however. The VAs know the cosmos is an incredibly complex system involving laws and mathematics that surpass the ability of the mortal mind to comprehend. One cannot use brute force to alter reality any more than they can start a car engine by kicking it. Changing Information in such a way that magic will be performed requires understanding how that data will be processed and complex calculations to determine what exact alterations are needed.

The Universe is a Computer

If the universe runs on mathematical formulas, as modern scientists attest, and draws on a pool of Information, then it is in effect no different than a normal computer, albeit one with infinite computational capability. There is data that describes the characteristics of everything in existence, the procedures by which it is processed make up the operating system (OS), and the interface is reality as we know it. As with any OS, understanding how it functions allows one to find exploits that cause it to interpret input differently, just as changing the data directly causes the results to change. Treating the universe like a computer provides a model with which most VAs are already familiar, and gives them some sense of how to go about "hacking it", whether through viruses that change genes, sounds and sentence structures that influence how people process words, or by modifying the source code of reality directly.

This perspective is also helpful because the VAs largely must perform their magic through computers and other technological devices. While they recognize that their Avatar allows them to change Information and control reality through will alone, because the universe is so complex they need tools to help with the calculations and data abstractions that must be made. Furthermore, it comes more naturally for them to manipulate Information related to technology, as they can create effects that coincide with how the universe treats those devices. While teleporting to another location only requires figuring out the relative coordinates and changing one's Information, it's much simpler to send that Information along a telephone line, which is already designed to transfer data from one area to another. Likewise, a VA might be able to program a lightning strike, but it is significantly easier for them to cause electricity to fly from a power line where the energy is already moving. In the end, the VAs must attempt to work within the confines of a system they do not fully understand.

In order to perform magic the VAs rely on tools that either help them perform calculations or serve as abstractions for the Information they are manipulating. Computers serve the former purpose and are the principle focus for most VAs; for many they become cherished companions, even an extension of the mage.

As computers grow more powerful they can be used to solve more difficult problems, and for that reason most VAs have long experimented with quantum computers and trinary computers that use "yes, no, maybe" to represent fuzzy logic and subjective values. Computers aren't necessary, however; anything that helps in solving math problems can be used, including regular calculators, chalk and a blackboard, mathematical proofs, or music. No particular device is required, only that the VA understand the process and results, which imparts the knowledge necessary to manipulate Information accurately.

For the purpose of abstractly representing Information and processing operations, computer programming languages are designed for just such a task and usually end up being the most flexible. The right computer code allows the VA to conceptualize all the components involved and see how they interact before attempting to put the magic in action, while also providing an analogy that enables them to converse and study the nature of reality in familiar terms. VAs might also make use of flowcharts, genes, spoken languages, and anything else that helps them formulate ideas and relationships, usually using the model that most directly applies to the Information being changed. As with the computational tools, the important thing is that the focus helps the mage to wrap their head around the concepts involved. As the VA grows in knowledge and understanding, they are better able to run through the calculations and processes in their head, and rely on external tools less and less.

The Majority of the Adept's early history is lost to time, although it is known that they grew from the early inventors of Mathematics in Greece such as Archimedes and Euclid, as well as the early Chinese Algebraics.

The mathematicians and scholars were forced by the church - and other powerful forces at the time - into hiding their activities. Meetings in the backs of bars, dark alleys, and away from the prying ears of the Clergymen. This lead to the foundation of the Technocratic Union, then known as the Order of Reason.

The Order quickly pushed against the Church out of the limelight, growing stronger and stronger.

The coming of the Two World Wars brought the tensions between the Technocracy and the Adepts to a boiling point, given its initial support of the Axis. In 1956, Alan Turing was murdered with his death faked. This was the straw that broke the Virtual Adept's back, causing them leave the Technocracy, steal as many of their files as possible, and go into hiding in the Digital Web. This came at a cost, however. The New World Order had preemptively planted within the Adepts a failsafe that forced them to forget what they knew about hyper-mathematics and theoretical physics.

After a few years of building up a rapport with the Council of Nine Mystic Traditions through the Sons of Ether, in 1961 the Virtual Adepts joined, albeit with a brief probationary period, which ends in 1966, as they officially take the seat of Correspondence.[2]

The Mage, used to represent Virtual Adepts in Tarot 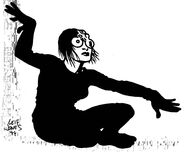 This article is incomplete.

This page has been identified as lacking essential detail, and as such needs attention. Information regarding expansion requirements may be found on the article's talk page. Feel free to edit this page to assist with this expansion.