Victoria Ash, born Victorine de Perpignan, is the signature character for the Toreador clan in Vampire: The Masquerade.

An ale-wife's bastard daughter, the girl who would become Victoria Ash was born into poverty in France. Luckily for Victoria she possessed three talents which would hold her in good stead – an incredible beauty, a perfect singing voice, and a knack for pleasuring men. Wherever there are armies you will find women selling themselves, and by the time she was in her mid-teens Victoria had become a camp follower. Her skills in and out of the bedchamber brought her to the attention of Prince Louis II, and before long she became his personal concubine. She did not go unnoticed by Maximillian. In public, he was known as a procurer of horses. In private, he was a pimp. And he was Kindred to boot. He took Victoria as a ghoul and they travelled for many years together.

While in Paris, Maximillian supported a coup of the mortal government. Privately, this was a screen for Kindred revolutionaries to attack their enemies. When the gambit failed, Maximillian found himself endangered by the Kindred he had sought to destroy. Only Victoria's quick reactions and singing voice saved her beloved domitor from destruction. After they escaped to the Netherlands, Maximillian rewarded Victoria with the Embrace.

The two enjoyed many more years together as sire and childe before Maximillian's enemies caught up with him again in England. This time Victoria could not save him and she barely escaped with her own unlife, fleeing on a ship to New Amsterdam.

It is known that she spent some time in Georgia, and while there Embraced a young man named Evan and ghouled a slave named Cedric. Evan ended his own existence by walking into the sun, and Cedric was fated to die in Paris. She journeyed to London for unknown reasons, spending many years with Lady Merritt, a Toreador who was resident there. She also ghouled the Lady Regina Blake and the two embarked on an adventure across Victorian Europe before Victoria Embraced the Lady Regina.

After a spat with her childe she returned to America where she resides to the present day. She had been poised to become the Prince of Atlanta before the horrific Sabbat raid there. In that raid she was captured by the Tzimisce. Even though she managed to kill her captor Elford and escape, she was able to heal all the deformations inflicted on her except for a mark left by Sascha Vykos which would mar her beauty until the end.

In the novel Gehenna: The Final Night, she is slaughtered by the Nosferatu Okulos, one of Beckett's associates. He intended to frame the Gangrel for her destruction. Victoria's last thoughts were in hope that Beckett would gut Okulos to avenge her.

Victoria Ash and Tegyrius participate in a blood wedding called the Vermilion Wedding in Tehran, becoming mutually bonded to each other, which represents a bond and alliance between the Ashirra and  the Camarilla.

Victoria's beauty is unsurpassed by mortals (and not a few Kindred). Her figure is neither waifishy thin or incredibly buxom. Instead she has the body and face that sculptors and artists have tried to immortalise time and again. Her hair color changes with fashions; she has appeared as blonde, brunette, and redhead in various books. Like most Toreador she is a dedicated follower of fashion and has an army of suitors that ply her with money, cars, clothes, and artwork, all in exchange for one favorable glance. In public Victoria exploits the stereotype that spring to most Kindred's mind when they think of the Toreador. Victoria does not mind that most think her airheaded and frivolous, as in reality she has a razor sharp mind and a keen grasp of politics.

Victoria uses her beauty as her main weapon. She can bend any mortal to her will with her raw sexuality and allure. Kindred can fall under this spell too, even those old enough for sex to be a faded memory (although this might also have something to do with her mastery of the Presence Discipline). While no means a soldier, Victoria is a match for most mortals and has fended off the assault of younger Kindred that far outstrip her in skill. This is because of her rapid reflexes, her potent blood, and her skill with Celerity. 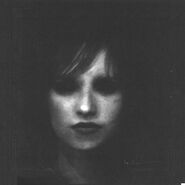 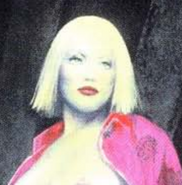 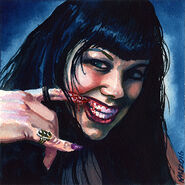 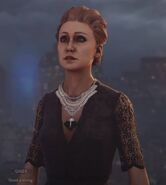 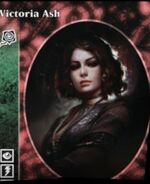