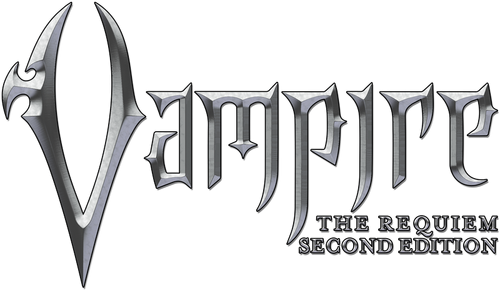 The second edition was initially introduced by Onyx Path Publishing in December 2013 as Blood and Smoke: The Strix Chronicle, and rereleased in December 2014 for Requiem's 10th anniversary as Vampire: The Requiem Second Edition.

The Kindred of Vampire: The Requiem

The collective name by which the vampires of Vampire: The Requiem refer to themselves.

There are five clans in VTR, as well as a number of related sub-clans, known as bloodlines. A vampire's clan is determined by the clan of his sire.

There are five major political factions, or covenants, in VTR.

Vampiric powers and capabilities which have often given rise to old wives' tales of superhuman speed, strength and endurance possessed by the Damned, along with their piercing gaze, their hypnotic and seductive voices and the unholy power to vanish into shadows and shapeshift into bats, wolves, mist and snakes.

The Vampires of the Chronicles of Darkness

Vampires are one of eight playable supernatural races within the Chronicles of Darkness. They are the main focus of Vampire: The Requiem. They refer to themselves as Kindred.

Vampire: The Masquerade went through Revisions before ending and being replaced by Vampire: The Requiem. In that time, the game acquired a lot of baggage that has since been swept clean. This article summarizes those revisions.

Retrieved from "https://whitewolf.fandom.com/wiki/Vampire:_The_Requiem?oldid=142230"
Community content is available under CC-BY-SA unless otherwise noted.