1.1
Vampire: The Masquerade - Redemption is a computer role-playing game for the PC and Mac platforms, the first computer game to be set in the World of Darkness. It was developed by Nihilistic Software and published by Activision in 2000.

Based on Vampire: The Masquerade, the game follows the story of Christof Romuald, a Frankish knight of the Second Crusade. Felled by an arrow in battle, Christof is left behind by his Swordbrethren in a convent in Prague, where he is nursed back to health by the young novice nun Anezka. Learning that the city is plagued by hideous szlachtas after dark, he heads to their lair in the nearby Bonn Silver Mines and slays them all, along with their mistress, Ahzra the Unliving.

Though celebrated as the hero of Prague, Christof soon learns that Ahzra was a Tzimisce vampire, and not without allies; revenants attack the convent. Fearing that Christof has brought this evil upon them, and also jealous of his burgeoning love for Anezka, the archbishop Geza banishes Christof from the convent and charges him to defend the town after dark. His heroics have not gone unnoticed by Prague's Kindred; Ecaterina the Wise, a Promethean Brujah, Embraces him before the other clans have a chance. Christof laments his lost soul, but pledges himself to the Promethean cause, hoping to find redemption and his love, Anezka.

The game begins in the Dark Ages setting, with the action taking place in Prague and Vienna. At the conclusion of the first half of the game, Christof is plunged into a long torpor, and awakens in the Modern Nights. His adventures continue in London and New York City.

Most of the game's material is drawn faithfully from the pen and paper game, perhaps in too much detail; long dialogue sequences from NPCs explain the various clans and aspects of vampirism, even those which do not have much bearing on the game. Many of the game's Kindred are set up as good guys, though even the Prometheans are portrayed as having little regard for mortals. The player is able to lose Humanity by killing mortals through feeding or when they are protecting themselves; it may be regained, however, by making dialogue choices which show compassion despite personal risk (though these choices have otherwise little effect on the course of the game).

While all the clans are at least name-checked, not all are available to play. Clans which feature prominently (and which may be played by multiplayer characters or NPCs) are the Brujah, Ventrue, Malkavians, Tremere, Gangrel, Cappadocians, Giovanni, Followers of Set; additionally, Tzimisce can be played if using the WodMod (see below). Other supernatural entities featured in the game include ghouls (both the regular kind, and the szlachta , revenants and war ghouls of the Tzimisce), zombies and animated skeletons (mostly created by the Cappodocians through the use of Mortis), elementals, wraiths, werewolves, a golem and a gargoyle.

Though ostensibly an RPG, Redemption plays very much like a 3D Diablo, with a heavy emphasis on physical combat and few real puzzles. The plot is very linear, with the sporadic dialogue choices making little difference to the plot in most instances. The player cannot create her own characters for the single player chronicle, but must use Christof and the allies he meets in his adventures, though they may be customized through the expenditure of experience. A multiplayer mode allowed for LAN or Internet games (through the WON network, though support for Redemption seems to have been discontinued), and these were run by a Storyteller who was able to possess NPCs and run them as characters, providing their dialogue, and altering the game as necessary to suit the chronicle.

Originally the game could only be saved in the character's haven; this was rectified in the version 1.1 patch so that the game could be saved at any time. An unofficial version 1.2 patch was released by fans to fix some further bugs and allow the use of user-created maps.

Several mod projects were started for Redemption, but the most famous and extensive is WodMod, which tried to implement not only a more faithful Storyteller ruleset, but also implement the other World of Darkness games as well. Several player-created chronicles also existed, but most are no longer available online.

The game uses a heavily modified version of the Storyteller System. Abilities, Merits and Virtues, aside from Humanity, are eliminated. All nine Attributes are present, though Perception, Wits, Charisma and Appearance (which may be boosted by wearing jewelery) have no function in the game beyond being prerequisites for certain Discipline powers. Humanity is gained or lost depending on the characters actions, and has largely the same effects as it does in the pen and paper game.

The wounds system is replaced by a simple numerical Health rating; Blood and Frenzy are rated the same way. All these traits used much larger scales, with Attributes, for example, ranging from 20 as a starting character up to 100. This is to allow the more frequent character advancement expected from computer RPG gamers. Experience rewards and costs are also much higher, presumably for similar reasons.

Disciplines are much more complex than in the pen and paper game. Each power for each Discipline may be rated from zero to five dots; higher level powers become available for purchase only after the first dot is bought in the preceding power. Higher levels in an individual power may make it more likely to succeed, increase the power's duration or potency, or (more rarely) decrease the blood cost associated with the power. Most powers have the same names and functions as their pen and paper counterparts, while those powers with largely story affects are generally eliminated, meaning that some Disciplines have fewer than five powers available. The player gains access to most new Disciplines automatically during the course of the game, but some are learned by finding and reading books. Thaumaturgy may be learned this way, and is very powerful; available paths include the Lure of Flames and the Path of Blood.

Intuitively, powers inherent to the state of vampirism are represented as a "Common" Discipline, which contains seven separate powers: feeding, healing, boosting physical Attributes, awakening from torpor and, strangely, Walk the Abyss. Though Obtenebration is not featured in the game, this power functions exactly like Diablo's "town portal" spell, creating a two-way mystic portal to the character's Haven. In another move to make the game more familiar to PC RPG gamers, scrolls of especially useful Discipline powers like Walk the Abyss, Spirit's Touch (which identifies magic items) and Blood Healing are sold by vendors and often found in barrels and chests.

Blood may be gained by feeding on mortals or other vampires, including other members of the party, or by finding or buying vessels of blood, which include decanters of vitae, blood packs or rats. Killing a mortal while feeding lowers the player's Humanity; drinking a vampire to death does not, and diablerie is not implemented in the game, with a pair of exceptions. Committing it has narrative impact and also lowers the Humanity rating. Frenzy is faithfully reproduced; a vampire in its grip is no longer controlled by the player, and will attack enemies or attempt to drain the nearest vessel (including his or her allies) when low on blood. Rötschreck is not implemented, though fire increases a character's Frenzy rating dramatically (adding to the potency of the Lure of Flames).

In Germany, there was a massive coffin-shaped box released for the game. This special limited edition included a german copy of the game in the standard large retail box, along with an exclusive t-shirt, and exclusive soundtrack CD. (See VTM:R Soundtrack on the VTMB fandom site.)

The Dark Ages segment of the game occurs in 1141 AD according to the game's introductory cinematic. However, placing the game in that year introduced several contradictions with both historical facts and established VtDA canon.

Real-world contradictions from this year include:

World of Darkness contradictions from this year include:

The novels also imply the Dark Ages segment of the game occurs during the First Crusade, that actually occurred from 1095 to 1099, decades before even the 1141 AD date of the game's introductory cinematic. However, if those events actually occurred in the Third Crusade, from 1187 to 1192, it would fit Otakar's first year of reign and Ecaterina the Wise and Joseph Zvi's embrace dates as per VTDA: Transylvania by Night .

The date of Christof's Embrace was retconned to 1194 in VTM: Beckett's Jyhad Diary , resolving most of the contradictions, except for the presence of Prague's clock. 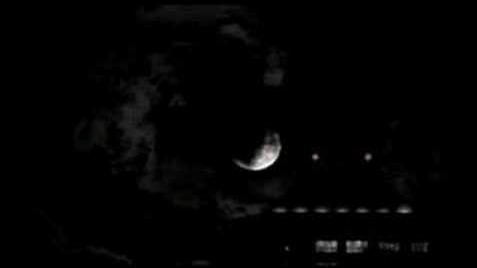 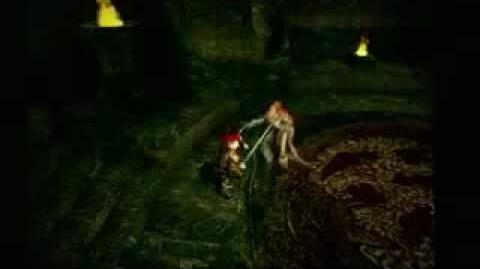 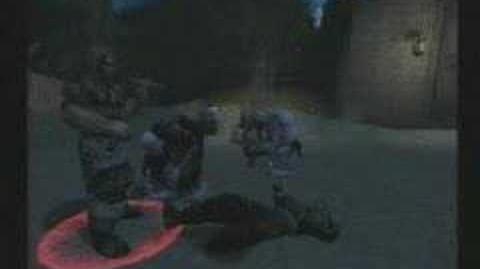