The Eldest/Leader of the Children of Haqim
Ur-Shulgi, herald and loremaster of Haqim, is the current Eldest of Clan Banu Haqim and the primary advocate of the fundamentalist revival running through the clan. Second childe of Haqim, Ur-Shulgi is a being of incredible age and indescribable power.

Ur-Shulgi's only loyalty is to his sire and remodeling the clan into a form more worthy of Haqim. Since awakening from 18 centuries of torpor, Ur-Shulgi has been primarily devoted to purging clan Assamite of weaknesses, notably the clan's general adoption of Islam and schismatic Assamites such as Talaq and its own childe, al-Ashrad.

He is moving the clan towards a darker, bloodier (if that is conceivable) role, reinstating the Path of Blood as the clan's religion and terminating any dissenters with extreme prejudice. His unwavering plans have led to a schism in the clan, particularly among the Vizier and Sorcerer castes, with a collection of dissenters under al-Ashrad seeking refuge with the Camarilla.

In certain fragments of the Book of Nod, primarily those recovered in the Middle East, passages appear that speak of the old gods – those worshipped by the mortals who dwelt in the Second City. Some of these names are familiar to the Cainite scholar of the modern nights: Ashur, Kel-nach, Enkidu, Rashadii. Some have no direct correlation to any other record of Kindred history: Mancheaka, Nar-Sheptha, Sha'hiri, and Ur-Shulgi. This last name appears in four separate passages, and Setite scholars infer from its context that it is an avatar of one of the Second City's war-gods: the war-god Haqim.

According to legend, Ur-Shulgi first appeared during the Second Baali War, single-handedly turning the tide in the conflict with his command over blood magic. In the most common Assamite telling of the war, it was Ur-Shulgi who destroyed the Baali's armies, causing the very stones to scream and a river of blood to flow. He made his first appearance to the clan afterwards, his skin already burnt and his eyes already lost.

A tale regarding the origin of his childe, al-Ashrad, tells that Ur-Shulgi managed to mediate an argument between Haqim and the still-living al-Ashrad and was commanded by Haqim to Embrace the mortal mage as compensation for a childe of Haqim that al-Ashrad had slain in self-defense. After that, his figure vanishes from recorded Assamite tales, perhaps linked to his long torpor.

In the late 90s, Ur-Shulgi awoke and was greatly displeased by the state of his once-proud clan. Through his power, he broke the Blood Curse of the Tremere and began to test Haqim's childer, destroying all those who would refuse to convert back to the old ways of the Clan and the Path of Blood. Additionally, he interpreted the Law of Judgement from the Laws of Haqim to mean that all other vampires (and many of Haqim's Children) have failed to live up to the standards of honor and integrity put forth by Haqim in the nights of the First City and are thus to be destroyed before their taint spreads, an interpretation members of the loyalist faction share to one degree or another.

This led to a fallout with other Assamites, most notably its own childe, al-Ashrad. The Schism tore Alamut apart, only fueled by the discoveries of Sarah Schneier, a member of the Council of Scrolls that was destroyed quickly by Ur-Shulgi following the publication of her findings. Ur-Shulgi himself remained unconcerned with the departure of the Schismatics, instead conducting studies to end the other curse that plagues the Clan. Ur-Shulgi removed the Tremere curse set upon the Children of Haqim, but the Baali's is beyond even his power.

Lore of the Clans seems to reference this section indirectly, by referencing a prophecy from a mortal oracle that predicts Ur-Shulgi's culling of the Children of Haqim, as well as rumors of an upsurge of Baali activity in the Middle East following the retaliation attacks of the United States after 9/11, several apparently hitting Assamite territory and providing cover for the thefts of archaeological artifacts that date back to the Second City.[2]

Ur-Shulgi is the most efficient warmage on the face of the planet, though he does not think of itself in such simplistic terms. In fact, most of his thought processes are completely incomprehensible to anyone not of his age and power stratum. To outside observers, he is violence given physical body, the vengeance of Haqim upon all those who would oppose his will. He remembers the glory of the Second City and the old gods who walked there.

He views "Allah" as an upstart whose faith has corrupted the line of Haqim, and he must either show all those who worship him the error of their ways or purge them from among the rafiq. Casually shattering the curse that the Usurpers laid upon the Assamites was the first step on this road, and those presumptuous meddlers will be the first to fall before the whirlwind that the Camarilla attempted to chain.

Time has not been kind to Ur-Shulgi, nor have the ravages of the beast within him or the numerous enemies he has challenged. He looks like nothing so much as a scarred, burnt child, a young god born from fire and violence. His skin, obsidian-black with age, displays a lattice of scars, some of which weep blood when the methuselah becomes agitated. Here and there, bits of bone and sinew protrude from beneath his skin, as if its body has been flayed. Additionally, Ur-Shulgi's eyes have been either gouged or burnt away, though it claims to be able to see without hindrance. When it deigns to clothe itself, Ur-Shulgi wears unadorned, light-colored caftans and robes, often with a bone or amber necklace.

Its voice seems to billow up from the depths of a dry desert well (surprisingly to some, Ur-Shulgi is perfectly fluent in any modern language in which it is addressed). Ur-Shulgi normally remains motionless when conversing with its childer or other Kindred, unless it wishes to make a rhetorical point through a cat-like flash of violence. If it absolutely has to shift position to do anything other than kill, it does not move so much as flicker from point to point. It is a creature of near perfect violence and does not possess emotions or other attributes recognizable as the human it must have been over 80 centuries ago.

A translation of the Parables of Blood relates Ur-Shulgi's Embrace to "the night when the stones spoke and the skies cried a blood rain."

Charisma and Manipulation unknown; Appearance 0, as Ur-Shulgi does not bother to conceal its form unless it is preparing to strike

unknown; do such trappings matter to a god?

What would be megalomania in a lesser creature

unknown - There are multiple reasons that most of Ur-Shulgi's Traits aren't given numerical values. First, the Assamite Methuselah is still shaking off the dust of centuries, and it's not at full operating capacity yet. Second, it doesn't matter what those Traits are — Ur-Shulgi is powerful enough to crush any aggressor, except another Methuselah, without apparent effort. "Any aggressor" includes any coterie of players' characters unlucky enough to meet it and foolish enough to challenge its might. Third and finally, Ur-Shulgi doesn't want anyone knowing the extent of its capabilities – what's listed here is simply what it has demonstrated to surviving witnesses thus far. However, consider this: Less than a week after being awakened by its sire, Ur-Shulgi had enough power to casually shred a ritual cast by the combined might of the Tremere Inner Council without more than the faintest exertion. That should be a good indicator of what this creature can accomplish should it choose (or be forced) to go all-out. 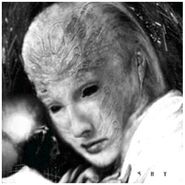