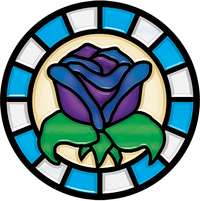 The Unseelie Court is one of the courts who historically ruled the fae, and which still exists among modern Kithain.

All Changelings have seelie and unseelie aspects, as expressed through their Legacies but each individual is ruled by one and embraces the way of life of the corresponding Court.

Many Seelie Changelings and students of the fae see the Unseelie Court as somehow evil, but this description is far too simple. Unseelie Changelings embrace change and sneer at tradition, seeing no special tie to their past or, indeed, to the Dreaming, which seems to have forsaken all Changelings. The Unseelie way is passionate and pragmatic, satisfying desire and need alike; the Unseelie deny themselves nothing.

Before the Shattering, the Unseelie Court ruled from Samhain to Beltaine, through the Autumn and Winter. The tradition of changing rule between the Courts ended during the Interregnum, and since the Resurgence the Seelie Court have held power in most parts of the world. This is likely in part because the Seelie have generally had better relations with mortals than the Unseelie, and with the gates to Arcadia closed, mortal relations are more important than ever.

Now that their power has waned, the Unseelie Court hide a darker shadow of themselves: the Shadow Court. To outsiders, the Shadow Court is simply a tradition meant to mock the power of the Seelie Court, a revel held once a year, but in truth it is a Court all its own which even the Unseelie do not fully understand.

Security doesn't exist. The smallest circumstance can turn a king into a peasant or vice versa. Change is the only constant in the world so nothing is certain. One must embrace change or fall before it. Chaos and discord rule the universe. Adapt or die.

Glamour must be used or it is worthless; hoarding it makes no sense as it is an eternally replenishable resource. As long as there are humans there will be Dreamers and therefore Glamour. Acquire it by anyway possible and you'll never be without a constant supply.

Honor is a lie

In the modern, Autumn world, Honor has no place; a faerie tale constructed to cover the essential emptiness behind most traditions. It is only through enlightened self-interest that truth can be attained.

Passion is the truest state of the fae spirit. Follow your instinct and act on impulse. Live life to the fullest without regard for the consequences, which will come about no matter what you do. Youth passes quickly so have fun while you can. Death can come at any time so live without regret.