Tyler, born as Patricia of Bollingbroke, is an elder member of the Brujah clan, and an infamous Anarch progeny of Robin Leeland – known by some as "Robin Hood".

Because she was deeply involved in the early history of the sects, some Kindred might argue that Patricia might be one of the most important figures of modern Cainite history.

Among the peasants who rose in support of English rebel Wat Tyler, Patricia was the one who became his lover after her own husband was murdered by a ruthless baron. She marched on London with the rebellion and assisted in the murder of the Archbishop of Canterbury, forcing the king to answer to the peasants' demands. Captured a short while later, she was thrown into prison and awaited certain death when a Brujah named Robin Leeland confessed his admiration over her revolutionary zeal. At the end of his visit to her prison cell, Robin Embraced her.

Patricia's first victim was the very baron who destroyed her family, and she fled England soon afterwards. Now inspired by her sire, she eventually became one of the prime leaders in the Anarch cause, and around 200 years after the first gathering of the Camarilla Founders in 1394, she was among a group that attacked a small castle in Western Spain. During the battle, she took the opportunity to diablerize an influential Ventrue called Hardestadt the Elder who had been badly injured during the fight. Such an event is regarded by Kindred scholars as the beginning of the turmoil that allowed the Sabbat to gain a permanent foothold of power in Kindred politics.

After the attack, the elders became even more willing to sacrifice some individual power in the name of greater authority. They planned to crush the Anarchs through interclan alliance. By 1435, the Founders had reached an agreement, and the new organization, known as the "Camarilla" was born.

The outcome of the attack on Hardestadt's unlife was kept largely a secret, however. As Hardestadt the Younger rose to leadership pretending to be his sire, the sect propaganda created a tale where she failed at her endeavor. Therefore, Camarilla society at large does not know that Patricia of Bollingbroke diablerized Hardestadt. One fact that remains undisputed, however, is the acknowledgement that her efforts "kindled the fire that would become the Anarch Revolt", which in turn developed over time to become the Cainite sect known as the Sabbat – thus forever changing the political geography of Kindred society.

Patricia discovered that drinking the blood of an Elder dramatically increased her power. In 1493, she went to the Convention of Thorns to bolster the Anarchs' resolve, as well as to assassinate Hardestadt the Younger, who had quickly assumed the identity of Hardestadt the Elder in order maintain the face of the Camarilla after his sire's demise.

This time she truly was not successful, and fled to Cartagena (then a jewel of Spanish South America). The methuselah Helena sensed her presence almost immediately and Dominated the young Brujah into becoming one of her assassins. After 30 years of manipulation, she finally became blood bonded to Helena. Eventually, Camarilla officials picked up her scent in Cartagena, so she was forced to move to the English colonies; Helena called to her during the early 1900s and she made her way to Chicago.

It was there that she took the name "Tyler" from her mortal lover and believed no one knew of her past as one of the early powers of the Sabbat.

In modern nights, she became passionately interested in new aviation technologies and began to invest her finances heavily into them. By the 1980s, Tyler assumed absolute control over Chicago's airport. Tyler's age and natural intelligence – along with Helena's secret support – earned her a respected place among the elders of the city despite her Brujah heritage.

She consolidated her power during the Council Wars of 1987. That is when she slew an elder named Procet, who refused to follow the rest of the primogen and end his support of Maldavis. Of course she earned the undying enmity of Critias by killing his progeny. She was used to being hated and returned his hatred with a vengeance bolstered by her lust for his ancient blood.

Before the Lupines attacked Chicago, she was approached by a Sabbat scout who warned her of what was to come, and threatened to spread the news about her role in the founding of the Sabbat if she did not help. She flew to New York City, where she received the protection of the Tzimisce elder Lambach Ruthven. In exchange, she agreed to help infiltrate a pack in Manhattan island after the siege of New York.

Every aspiring Brujah rebel worships Tyler – once known as Patricia of Bollingbroke – and going by many names since. Her revolutionary violence against tyrant elders and insidious methuselahs irrevocably changed Kindred society and inspired the Anarch Movement. Tyler herself doubts that her actions led to effective praxis, but her childer and clanmates compare her to everyone from Robin Hood, to Malcolm X, to Che Guevara, to Gavrilo Princip.

Tyler still exists: a quiet, studious rebel in these nights. With centuries of reflection, she struggles to reconcile her actions with the results of modern nights. Her descendants continue the fight with the hopes of uplifting her to her destined greatness one night. 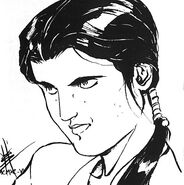 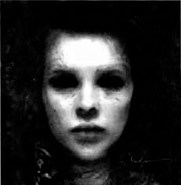 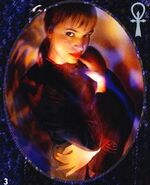 Retrieved from "https://whitewolf.fandom.com/wiki/Tyler?oldid=240767"
Community content is available under CC-BY-SA unless otherwise noted.