Thetmes, was the Caliph of Alamut from 1529 CE, overseeing the training of the fida'i. He was the sire of the future Caliph, Elijah Ahmed, and of Fatima al-Faqadi, the "Hand of Vengeance".

As a mortal, he was a soldier in Ptolemy's army fighting against Cleopatra and her Roman allies. When Ptolemy fell, the gladiatorial games became popular. Thetmes, an Egyptian, proved himself well as a fearsome gladiator and won the attention of a wealthy Syrian cloth merchant who bought him. It was during this time that Sha'hiri of the Assamites took notice of the promising recruit.

Tempted with the prospect of killing as many Romans as he would like, Thetmes was eager for his embrace. By the 12th century he had become the leader of the Web of Knives. In 1496 the Assamites were forced to sign the Treaty of Tyre. Thetmes' sire was the Eldest at the time, and in disgrace allowed himself to be diablerized by Jamal, who became the "Old Man of the Mountain". Thetmes in turn became Caliph after challenging the previous one in the aftermath of the failure of taking Vienna in 1529.

Jamal was Banu Haqim, a devout believer in Allah, and his ascendancy caused religious fissures to open in the clan. Thetmes was a proud non-believer and was often at odds with Jamal, instead giving his loyalty to Ur-Shulgi, who lay in torpor, and the vanished Antediluvian.

At some point before the modern nights, Thetmes stepped down and his own childe, Elijah Ahmed, became Caliph. For a time after the Schism, rumors circulated that Thetmes had also been destroyed. In truth, Thetmes acts as ur-Shulgi's right hand to prepare the Children of Haqim for the return of their progenitor. 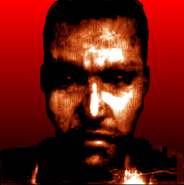 From Clanbook: Assamite Revised
Add a photo to this gallery

Retrieved from "https://whitewolf.fandom.com/wiki/Thetmes?oldid=199532"
Community content is available under CC-BY-SA unless otherwise noted.