Tara Kearney is the Prince, and former Baron, of San Diego and a former supporter of the Anarchs.

Tara was an average looking woman just a tad overweight, with curly blond hair. While most would not consider her attractive, her gaze was striking and her force of personality was nearly overwhelming. She belonged to a family of settlers in the American West and was forced to bury her entire family as a result of the hardships of life on the frontier. Her sire Embraced her near the borders of Texas and trained her to fight against injustice, a task that seemed dull to her. She left her sire, determined to build a family that would not fall victim to the dangers of the West.

She claimed her own domain in El Paso, surrounding herself with various neonates. During the Civil War, many of the neonates left as Tara was against choosing a side. Left alone, Tara began to expand her holdings, but was forced to abandon El Paso as she was unable to cope with the changing economy. She went to Dallas, but the local kindred considered her too inexperienced and watched her.

Covertly, she studied finances and amassed a fortune. When the Second Anarch Revolt began, Tara sensed an opportunity and called her brood together, traveling to San Diego and participating in the following battles. She claimed the city as her domain, a claim that the Anarchs tolerated as long as she didn't demand anything of them. As San Diego grew, more and more Kindred settled there until a gang of Anarchs ousted her, forcing her to flee to Oceanside. In the constant infighting that followed, Tara waited until her enemies had weakened themselves and returned, forsaking her Anarchs ties and pledging loyalty to the Camarilla.

Many Anarchs still consider her a traitor, but Tara was soon faced with other problems, as the Great Leap Outward arrived in her city and the Cathayans began to undermine her influence on the mortal population. After the death of Sebastian LaCroix, Tara also assumed the princedom of Los Angeles. She did not reign for long, because she was eventually betrayed by one of her own advisors and ambushed while standing atop one of LA’s skyscrapers.

While Prince Tara was suffering the effects of the Withering, a group of Anarchs led by the mysterious thin-blood Jenna Cross riddled her body with bullets until she was knocked over the edge of the building. The force of her landing onto the pavement below ended her unlife for good.

Over time, she became disillusioned and felt that the Anarch Free States have not lived up to the ideals of the revolt. Tara became convinced that the Camarilla was right about technology and grew to believe that their rules were the only way Kindred could survive against the Second Inquisition. Tara turned on the Anarch Movement and declared San Diego for the Camarilla.

Tara never made it to Los Angeles by her own volition. On the orders of Baron Isaac Abrams of Hollywood, she was abducted in San Diego, and was last known to be in his custody. 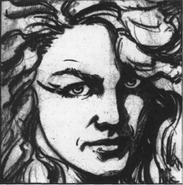