Disparate Alliance (M20)
The Taftâni, or Weavers, are a Craft of Persian mages who flout the Consensus with the regular practice of vulgar magic.

The Taftâni paradigm is fundamentally dualistic, rooted in a belief in Asha, the Universal Truth and its despised opposite Druj, 'the lie'. A magician can call forth wonders by manifesting Asha through acts of creation. This can be material, such as crafting an item, or more ephemeral, such as by creating poetry, song, or even an elaborate and intricate curse. This is similar to the craft practices of the Order of Reason, but it is not true craft or technomagic, since the Taftâni hold that it is the inspiration and will of the magician which calls forth the magic rather than any inherent virtue in the craft itself.

All Taftâni aspire to master the Spirit, Prime, and Matter magic that allows them to bind Djinn. This is among the most powerful magical secrets of the Taftâni. Much 'conventional' spirit lore and magic is less effective or even totally useless against the Djinn as they are a separate order of being from "nature spirits". The ancient rotes needed to bind a Djinn into bottles are an exclusive secret of the Taftâni, as are secrets of Djinn lore needed to make the most effective use of them when bound. The Taftâni consider the Djinn dangerous, treacherous, but highly useful servants and slaves, and see it as doing mankind a favour to take Djinn out of circulation and into slavery. It is for this reason that the Taftâni are in equal measure despised, hated and feared by the Djinn.

This view of magic being a manifestation of Asha shapes the Taftâni attitude to how magic should be used as well as how it works. The Taftâni do not view the Ascension War as a struggle between paradigms but as a war between "The Truth" (specifically that part of the truth that says magic is a real and imminent force in the universe) and "The Lie" (that there is no such thing as magic). They believe that magicians have a responsibility to show and share the truth. Using coincidental magic to avoid paradox actively promotes 'the lie'; as such, no Taftâni worthy of the name will stoop to such. Further flagrant displays of the most flamboyantly vulgar magic in front of Sleeper witnesses (preferably lots of them) is a moral good, as it helps enlighten them to the truth.

Since magic is, and of itself, a manifestation of Asha, the Taftâni do not pursue 'ascension' as an ideal separate from the study and practice of magic. To them, advancing in magical power is enlightenment.

The Taftâni trace themselves back to the viziers and sages of the kings of ancient Babylon and Sumeria. Experimenting with magic, the early Taftâni masters discovered that every object carried a measure of Asha within it and began to weave magic their personal possessions, like swords, carpets, statues or crystal balls. In 2300 BCE, Sargon of Akkad first united the early Taftâni under his rulership by enticing them with promises of wealth and political influence. With their aid, the Akkadians first conquered Mesopotamia.

One of the most important figures in Taftâni history, however, was Solomon. As the practices of the Taftâni became more and more mundane, the spirits came to resent them for their pride and arrogance. First among them were the Djinn, who soon mounted a campaign against mankind to teach them their place. This, however, led them to the notice of a Hebrew king, who began to study the djinn, compiled lengthy tomes detailing their weaknesses and preferences, and used them to bind the djinn to his will. Although Solomon's style of magic was more in line with Hermetic or Chorister paradigma, the Taftâni were the true beneficiaries of his studies, using Solomon's wisdom to enslave and otherwise bind Djinni in the millions to their will. Even today, most versions of the Solomonic Code are preserved by Taftâni masters.

For centuries, the Taftâni had their headquarters in the city of Palmyra, until the Romans conquered it in 160 BCE and the last Taftâni ruler, Zenobia, was killed after she tried to annex Palmyra again.

During the Dark Ages, the Weavers were forced to coexist with the monotheistic Muslims.  Despite their disdain for monotheism as a restriction of freedom, they played along, making themselves useful by binding and controlling djinn and other spirits. Most Taftâni during this age flocked to wandering Bedouin tribes or completely severed themselves from society in order to practice their craft. 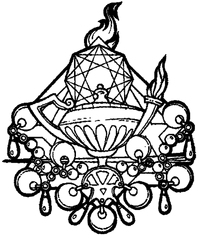 The Weavers received an invitation to join the Grand Convocation, but refused to attend. Unwilling to sign their personal freedom over to a council of any sort, they continued in their ostentatious ways, regardless of shifting Consensus and the growing severity of the Scourge. Many among the Traditions and the Order of Reason expected the Taftâni to self-destruct after a couple of years, but small enclaves survived by retreating into uncivilized wilderness.

The rise of the Technocracy has pushed the Taftâni into the rural deserts and mountains, where they have shaped the Consensus with the use of constant vulgar magick such that it rejects technomagic. In 1978, the Taftâni were able to use this to their advantage and destroyed several technocratic forays into their territories, organized in bands of Taftâni, Sleepers and enslaved Djinn called lashkari. In 1991, the whole operation proved to be too expensive for the Technocracy and they retreated. Many Taftâni supported the Taliban in their rigorous rejection of Western ways. Recently, the Taftâni have returned to Petra, after the ousting of the ancient vampire Talaq who had taken the city as his lair. According to rumors, the Taftâni have entered an alliance with the Ikhwan Al-Safa to combat vampirism within the Middle East, which they see as another layer of druj to be fought.[1]

As of M20, the Taftâni have joined the Disparate Alliance as further means to combat the Technocracy. They have chosen Dubai as their new headquarters.

Taftâni usually operate alone, dwelling in isolated fortresses, traveling the seclusion of the desert or living in apparent poverty in the slums of cities throughout the Middle East. A few of these reclusive mages attach themselves to a group of nomads, acting as protectors for the remnants of a quickly vanishing culture. The only organized relationship between Taftâni sorcerers stems from the student-teacher bond. While all Taftani agree on a basic philosophy, each Weaver embellishes her concept of how magic works according to her own unique vision. Taftani rarely share their findings with others of their kind (with the exception of their students). Possessively guarding their secrets and discoveries, the Taftâni indulge themselves in rivalries and view other Weavers as competitors. When disputes arise between two or more Taftâni, magical duels are the logical form of conflict resolution—occasionally resulting in spectacular pyrotechnics that cause damage to unwitting bystanders and sometimes ending in the unpleasant demise of the loser. Sometimes the highly vulgar nature of Taftâni magic along with the Weavers' propensity for using fire as a magical weapon causes the deaths of both parties. Only when some overriding threat demands cooperation and alliance do the Taftâni deign to work together. Such instances of organized efforts usually dissolve as soon as the danger has passed.

Following a custom as ancient as the origins of Taftâni magic, the Weavers select their apprentices with great care. Before the coming of Islam, Taftâni wizards traveled throughout their lands in search of the most talented youths to train in the mysteries of djinni summoning and binding. In the modern world, however, few Taftâni enjoy the same respect they once did. Where they once enjoyed the privilege of choosing from among the brightest and best candidates, now the Weavers comb orphanages, back alleys and black markets in search of students. When a Taftâni mage finds a promising individual, he puts his potential student through a series of tests calculated to determine the presence of magical talent. Once a Weaver accepts a student, he oversees a second battery of trials and ordeals that test the apprentice's worthiness to learn the master's secrets. Students usually do not survive failure, since the dangers of Taftâni magic are great. In addition, apprentices must eradicate any traces of monotheism in their religious beliefs, adhering instead to the existence of a multiplicity of deities.

Taftâni observe the tradition of haram ("sanctuary") in order to meet with their colleagues. Every six months, all Taftâni in a given area meet for a party, where they brag about their accomplishments, drink and enjoy the company of others of their craft. During this time, all Taftâni are expected to cease their hostilities. Breaking the peace of the haram is a great offense and even if a Taftâni feel himself wronged, he may not directly challenge the offender to a duel (after the haram, however...).

Despite their limited numbers, the Taftâni have two main factions: