Symeon was an important Tzimisce of Constantinople, and sire of the infamous Myca Vykos.

Symeon was a mortal favorite of the Ventrue methuselah Antonius, who raised the boy from birth to be the perfect Ventrue. Gesu's Embrace of Symeon in 703 CE, just two years after his own disastrous Embrace, forever shattered any hope of unity among the Trinity that ruled Constantinople. Some years later it also indirectly led to the destruction of Antonius himself (sanctioned by Michael and the Dracon) at the hands of his own childe, Caius.

The death of Antonius shattered the Trinity, which led to Dracon desertion of the city. In return, around 1200, Symeon became co-leader of the Constantinople Tzimisce family, along his brother and sire, Gesu. They ruled the Obertus Order together, and while Gesu was the spiritual guide, Lord Symeon was responsible for the administration of the secular holdings of the Order – and did so with brilliant efficiency and political skill, easily matching the machinations of any number of Antonian Ventrue or Lexor Brujah.

He held court in the city of Oradea and was involved in peace negotiations to unify his Tzimisce brethren when, in 1550, was utterly betrayed and diablerised by his childe Vykos, (who in turn became one of the leaders of the Tzimisce branch of the Anarch Revolt along with Lugoj and Velya). It is said that Vykos tortured him by repeatedly absorbing and regurgitating him. 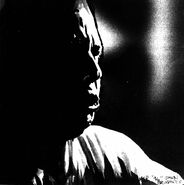 Retrieved from "https://whitewolf.fandom.com/wiki/Symeon?oldid=201895"
Community content is available under CC-BY-SA unless otherwise noted.