Stanislav was a mad Caitiff prophet of impending Gehenna during the the time of the Fourth Crusade.

During his mortal days, Stanislav was a follower of the Bogomile heresy, believing that the world of matter was a creation of the devil, as were Caine and vampirism. He believed to have been chosen by Calomena, the sister of Caine, with heralding the impending doom of their kind and had made his way to Constantinople in 1180 CE.

He was given shelter by Alfonzo, who hoped to use the raving Caitiff for his own agendas. Stanislav began preaching against the rule of Michael, seeing him as one of the key agents of the devil. His followers hunted Cainites and destroyed many when the Fourth Crusade sacked the city. Stanislav died in a fire that he had set by his minions.

Stanislav's talents in Auspex and Dementation, along with his conviction that he was the chosen prophet of Calomena, suggests that his sire was Malkavian. 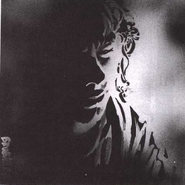 Retrieved from "https://whitewolf.fandom.com/wiki/Stanislav?oldid=211918"
Community content is available under CC-BY-SA unless otherwise noted.