White Wolf Wiki
Register
Don't have an account?
Sign In
Advertisement
in: Sons of Ether, Tradition (MTAs), Mage: The Ascension 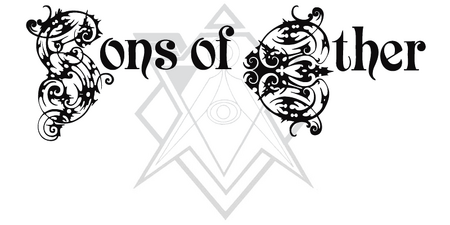 Matter
The Sons of Ether (renamed the Society of Ether in M20[1]) are a group of technomancers aligned to the Council of Nine. Originally part of the Order of Reason and the Technocracy, they abandoned their former compatriots after the Union aided the expulsion of the Luminiferous Ether from the Consensus. Since then, the Sons have adopted several outdated technologies and incorporated them into their Paradigm.

Key to the Sons' paradigm is Science (the word is always capitalised to distinguish it from the science of sleepers). Exotic theories of orgone fields, hypercombustion chambers and etheric transmission matrices enable the Etherites to create even more weird and wonderful devices. Their Science almost always has a baroque feel, as if it leapt from the pages of pulp fiction or Victorian sci-fi – death rays, robotic servants built of brass and powered by clockwork and fantastic space or aquatic vehicles spring to mind when others discuss the Sons of Ether.

The Sons of Ether see the science of the Technocracy with disdain, abhorring its static view on the nature of things. Scientific practices are not predictable mechanisms that can be recombined in a near endless rate, but a dynamic and chaotic process. As the Kitab Al-Alacir teaches: Everything is true. Anything is possible.

The Sons believe that the Spheres are actually different aspects of Ether: Correspondence is the Contiguous Ether, Entropy describes Ether dynamics, Forces are the Energetic Physics of the Ether, Life is Etheric Biology, Matter is Etheric Chemistry and Engineering, Mind is Noetic Science, Prime is Metaphysical Ether, Spirit describes the Etheric and Mimetic Dimensions, and Time is the study of Causality. All Sons of Ether work to touch the True Ether, the legendary Tenth Sphere.

The Sons of Ether attribute their origins to the teachings of the Trojan philosopher Aretus, who had ostensibly learned from refugees of lost Atlantis. According to the Sons, Atlantis was an ideal society that harnessed the Ether to its full potential, before an unknown cataclysm struck it down. Aretus recorded their knowledge of Etheric Science in the Kitab Al-Alacir, which survived the sacking of Troy thanks to his pupil Parmenesthes, who fled to Athens and whose recordings were later translated by Aristotle, who deduced the fifth element out of the scriptures.

The text remained forgotten in a library until the Arabs translated the book and young Italian mage Lorenzo Golo found an exemplar through travel, while the Templar Simon de Laurent found a copy while he joined the First Crusade. Both met in Paris and tried to decipher the book, founding House Golo within the Order of Hermes in 1171, Europe's dominant scholarly magical institution of the Dark Ages. Due to internal strife with House Verditius, House Golo was disbanded only 17 years later and the two founded the Natural Philosopher's Guild.

During their studies, both Golo and Laurent came in conflict with the Church, and Laurent was excommunicated in 1190 for heresy. As a reaction, the guild searched for a patron who would protect them and their studies from mortal authorities. They found an ally in the nascent Order of Reason, whose Ars Praeclarus was similar to the outlinings of the Kitab Al-Alacir. Both joined forces and the Guild dissolved in the various Conventions of the new Order, spreading their knowledge of the Ether. Golo himself died at an accident when he tried to create an airship.

In 1283, a scroll fell into the hands of a Spanish scribe. He founded a secret society based on its precepts, which some accounts call the Pupils of Parmenides, which was outside the Guild's influence. They would later join the Celestial Chorus and eventually reunite with the Voltarian Order.

The disciples of Aretus prospered in the era of the Renaissance when it seemed that Science knew no boundaries. The enemy was clearly defined by its archaic, unsophisticated rites and barbarianism and most followers of Aretus were proud to fight against the hordes of Unreason.

In 1806, the formation of the Voltarian Order on the precepts of Alessandro Volta reassembled the followers of Aretus' book in one Convention. It was a time of upheaval for the Order of Reason, and in 1851, when the Order was reassembled as the Technocratic Union, they were renamed as the Electrodyne Engineers, who focused on the transmission of energy in all its forms. One of their popular theories was the existence of luminiferous Ether, as stated in Aristotelian works.

Many of the Engineers were offended when the Union moved against the young and brilliant Serbian Nikola Tesla via the more predictable Thomas Edison. To the Invisible College, Tesla represented all the dangers of the scientific paradigm without proper control and procedure, while to the Electrodyne Engineers, he was a figurehead for the innovative nature of Science and an inspiration. His ruination already set tensions high, and when the higher echelons turned against the Engineers for their attempts to advance the Time Table too quickly by moving the concept of luminiferous Ether out of the Consensus in 1904, a short time after the Invisible College had become Control (the shadowy force that nowadays guides the Technocracy), the Engineers left, renaming themselves Sons of Ether in order to honor the concept that was central to their doctrine.

In 1900, Czar Vargo, one of the most infamous Sons of Ether, attended the Paris Exhibition, intending on proving that Ether actually existed and breaking the Technocratic paradigm in one great feat of Science. Instead of his energy device, however, weapons were the main focus, which enraged the mage greatly, for he believed that the purpose of Science was peace and cooperation, not conflict. In 1914, only a short time before the outbreak of World War I, he manifested himself in Paris in an airship announcing his intent to bring world peace if all governments would step down under his benevolent rule.

Vargo was stopped by the Technocratic Union, and his deeds were erased from humanity's collective memory thanks to Paradox and the Union's coverup, but it proved the determination and loyalty of the new Tradition to their peers. In World War II, most Sons turned against Hitler when his involvement in the occult became apparent (let alone the concentration camps). Others continued to support the Axis, hoping to use the Third Reich to combat the Technocratic paradigm. It did not end well for both sides and the Tradition as a whole was damaged.

Modern Science has brought some relief for the paradigm of the Sons. The Uncertainty Principle, Quantum Theory, and the discovery of "Dunkle Materie" or Dark Matter has given the Sons a hold in modern sciences and they intend to exploit it before the Technocracy can close the leak. The Avatar Storm, however, has proven to be problematic, since it trapped many Etheritic agents in the Umbra.

Initiates of the Sons of Ether are often recruited from the halls of academia, where a prospective Etherite is surreptitiously given a copy of the Kitab al Alacir. Should the student show an ability to break through the barriers of conventional logic, he or she will then be guided into a mentorship.

Advancement among the Sons is much like academia. Etherites correspond and publish journals and papers on their theories, and those that are useful, interesting, and have shown practical application are given the most acclaim- especially those published in the Etherites' most prestigious journal, Paradigma.

The Chariot, used to represent Sons of Ether in Tarot