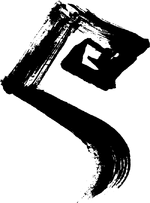 The Song of the Shadow is the Kuei-jin Dharma of Yin.

With a nose-ring, I guided the wind.

With a whip I made it smile.

The dust it stirred smelled of lotus-flowers.

I wept and made it burn.

The Song of the ShadowEdit

There is life, there is death and there is the bridge between the two. Xue recognized this truth when he romanced a ghost from the forests of Hing Fang. To be with her, he entered the Yin World. He was not welcome there, however; at length the Ebon Dragon breathed on him, and Xue turned to dust.

"Would you swirl in my air forever and a day?" asked the Dragon.

"If doing so would bring me closer to my love," Xue replied.

"We have no use for love," the Ebon One sneered. His snort whisked the dust into the air. Xue scattered to the five directions and settled like fine ash. Behind the Dragon, Xue's lover waited, her eyes as cold as stones. Yet the ghost was not unmoved. A single tear slid down her cheek and spattered into the dust. Xue sprang full-formed from the spot of mud and the Dragon was enlightened.

The Midnight Jewel (an important Dharmic sutra, from which the name "Bone Flowers" comes) compares the spirit realm to a glittering web and the living world to the dew upon its strands. Drifting across that web like spiders, the followers of the Shadow Song Dharma taste the dew, pluck the strands and occasionally feed on unwary flies. Like the Dragon, the so-called "Bone Flowers" learn from the song of mortality. Wreathed in the dust of death and the wind of life, they dance slowly to the rhythms of both. Like autumn leaves, these Kuei-jin glide between the Jade Kingdom and the living world. Along the way, they comfort the grieving, shepherd the ghosts and punish disrespectful mortals. In the Middle Kingdom, there are plenty of all three.

Aware of their immortality, these Kuei-jin share a thirst for discovery. From libraries and mass media, they gather stories about the living world; from the spirits they collect memories and news. To bind the two together the vampires record their insights in works of art or scholarship. The Second Breath stimulates their curiosity, and the hunger to learn rivals the hunger to consume.

Learning seems to be the only passion these creatures have. In all other matters, Bone Flowers seem distant and precise. Every fact must be dissected for significance, and each event becomes a symbol for a much grander thing. This curiosity brings them into the company of other shen; there, they act as ambassadors, mystics and lorekeepers. With their talent for enigmas, such vampires understand the spirit paths as well; an elder makes an excellent guide to Yin and Yomi Worlds alike. During her instruction, the average Bone Flower visits both.

In life, these vampires tended to be melancholy. Not surprisingly, most committed suicide, neglected their families or never married. Art or academia took the place of love, and these souls often died unfulfilled. When they return, these Kuei-jin feel both longing and a void. The Scarlet Queen calls from across death's mists; the winds steal her words but the feeling remains. Perhaps the Bone Flowers find their Hundred Clouds in the Queen's embrace - in discovering the love they avoided for so long.

In contrast to other Dharmas, the Song of the Shadow does little to enforce orthodoxy among its members. If a person cannot find a way to open the Black Metal Egg in their own way, they say, then this person is not fit to be a Bone Flower. A small division exists between those who choose to join a wu and involve themselves in the affairs of the Wan Kuei, and those who dedicate themselves to the da xue, the Great Learning, to preserve knowledge in the time of the Sixth Age. Many Bone Flowers have been part of both groups in various steps of their enlightenment.

An affair that most Kuei-jin are not prone to discuss with outsiders are their positions on akuma. The Fishhooks, a group of Bone Flowers dedicated to the hunt of akuma, want to learn as much as they can about the plans of the Yama Kings in order to stop them. By contrast, the Empty Hands  see that they remain free of any taint, but claim that they have no right to interfere with the desires of other Kuei-jin and if a Wan Kuei sees extradition to the Yama Kings as his way, he is welcomed to do so.

Song of the Shadow TrainingEdit

Following Xue's legacy demands certain detachment. To stand at the doorway between life and death, one must grow immune to the torments of both. Still, to rise from dust, one must feel the tears of living things. Some vampires take that literally, while others try to overcome the cold void.

Mandarins of the Shadow Song Dharma stress learning and meditation. All lessons come in symbolic terms, leaving the disciple to figure out the meanings. Most Bone Flowers prefer to be left alone, but gather in troupes to create grand artworks. These performances feature elaborate rites, haunting music and stylized dancing. Through these plays, the vampires try to capture insights and pass them on. Not surprisingly, few patrons understand, but the Bone Flowers keep trying.

Song of the Shadow WeaknessEdit

Bone Flowers are cold and dispassionate, flowing through the darkness like silent kites. White as corpses, skin stretched across their bones, they seem fragile, almost girlish. The winds of death whisk their voices away, and they speak in eunuch's whispers. There's something both abhorrent and beautiful in a Bone Flower's face and faraway gaze, and she never seems to care about anything that happens. The shadows' songs drown out mortal concerns.

While many vampires (and some mortals) find the bone-song bewitching, others are appalled. Most hengeyokai bristle when a Bone Flower draws near. Mortals run in one of two directions; either they fly away screaming or fall hopelessly in love. The Bone Flower never seems to care one way or the other.

As romantic as they may seem, Bone Flowers are known for their cruelty. Familiarity with the Hells and the fleeting nature of creation makes them callous to suffering of any kind. Where the Devil-Tigers teach through pain, the Flowers dismiss it. Like all things, agony is short-lived and therefore irrelevant.

Auspicious Omens and Symbols for The Song of the ShadowEdit

Important signs to watch for and to keep around. Many followers of this Way integrate these symbols into their homes and temples. Bodhisattvas frequently manifest such phenomena - cold breezes, withering plants, etc. - whenever they appear. The following are Auspicious Omens and Symbols for The Song of the Shadow: Bones, cool springs of water, autumn leaves, theatre masks, chill breezes, withering plants, dead flowers, and funerals.

Affiliations of The Song of the ShadowEdit

The elements connected to the Way. Most followers style their dress, behavior and practices after the elements they revere, and they employ samples of these materials in their meditations and rites. The Affiliations of The Song of the Shadow are as follows: Metal, the color black, the number 4, and the west direction.

The Tenets of The Song of the ShadowEdit

Each Way has eight tenets to guide its lessons and philosophy. To pursue one's purpose, one must follow these precepts as closely as possible. The following are the tenets of The Song of the Shadow.

"Control Yourself" is a phrase that is thrown around by the Bone Flowers on an almost constant basis and yet means so much more than what is normal. The other dharmas believe that they can control themselves, but this is far from the truth. The Devil-Tigers and Thrashing Dragons are anything but controlled, giving themselves over to the forces of P'o and Yang. Thousands Whispers believe themselves in control of their unlives, and yet are just confused children making up pretend things to guide them. The Resplendent Cranes are controlled by their own environment, using rules and such to dictate what they do and don't do.

By using the Cold Mind, detachment, the Bone Flower can discern exactly what needs to be done in every situation, without the problem of others' voices, or emotions getting in the way.

From Dharma Book: Bone Flowers
Add a photo to this gallery

Retrieved from "https://whitewolf.fandom.com/wiki/Song_of_the_Shadow?oldid=240475"
Community content is available under CC-BY-SA unless otherwise noted.