The Seelie Court is one of the courts who historically ruled the fae, and which still exists among modern Kithain. 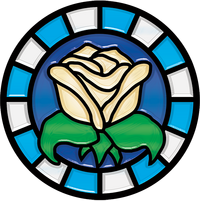 All Changelings (save the Thallain) have seelie and unseelie aspects, expressed in their Legacies, but each individual is ruled by one and embraces the way of life of the corresponding Court.

While often characterised by outsiders and even inexperienced kithain as the "good" court, the Seelie Court is really defined by the virtues of honour and love. While this would seem to fit in with notions of "good", knightly chivalry may conflict with the morals of the modern world and the fae idea of courtly love is sometimes much removed from the reality faced by mortals. In many ways, the Seelie Code is rooted in martial traditions and the mostly forgotten dreams of the medieval world.

Before the Shattering, the Seelie Court ruled from Beltaine to Samhain, through the Spring and Summer. The tradition of changing rule between the Courts ended during the Interregnum, and since the Resurgence the Seelie have held power in most parts of the world. This is likely in part because the Seelie have generally had better relations with mortals than the Unseelie, and with the gates to Arcadia closed, mortal relations are more important than ever.

Chivalry still lives. Honor is the most important virtue and the source of all of a Changeling's glory. Personal honor must be kept stainless. (C'est moi!) Sometimes death is the only way to erase dishonor.

Love is the very heart of the Dreaming. True Love transcends all and is the epitome of what it means to be Seelie. Courtly Love is the best expression of love: its highest form, though familial love and love of friends also serve as pure embodiments. Anything is permitted in the name of True Love. Oaths such as the Oath of Truehearts and Oath of Clasped Hands flow from this value.

Beauty is a timeless, objective quality that cannot be defined but is always recognized for itself. Beauty is the muse of creation; the ultimate flowering of the Dreaming, and when it is found it must be protected for it is both fragile and eternal. To die for beauty is an honor and privilege.