Road of the Serpent

Via Serpentis, commonly called the Road of the Serpent or Tariq el-Hayya to Islamic Cainites, is one of the minor Roads that Kindred may choose to follow in Vampire: The Dark Ages and Dark Ages: Vampire. It is mainly followed by the Followers of Set, and its followers are called Tempters.

Perhaps no road is as clan-centered as Via Serpentis, as the Road of the Serpent holds one purpose: to honor Set and his works. At the same time, the Tempters work to free themselves from the reign of Osiris. The Tempters view him as abusive of his power and repressive, and so seek to undermine his laws at any opportunity. Amassing wealth and power in order to continue the fight is also asked by the followers of Via Serpentis, as is Embracing those who might serve Set well.

Like Via Peccati, the Road of the Serpent urges its followers to act on desire, but the Tempters take things one step further and attempt to spread this idea to their followers, Cainite and mortal alike. Several roads, Via Caeli and Via Regalis in particular, view the Tempters to be as debased as the Sinners. The Road features two minor Paths: the debased Path of Typhon began to preach evil and corruption as their own ends rather than as tools for freedom. Luckily the fall of Constantinople, one of the centers of this heresy, has greatly reduced the numbers of those who believe such things. The slowly growing Path of Subversion holds that only through the corruption of large-scale institutions can enough people be freed. This is largely believed to be a delusion bordering on heresy, however.

By the modern nights, the Via Serpentis has evolved into two Paths of Enlightenment, each offering a different focus in following the word of Set: the Path of Typhon and the Path of Sutekh.

V20 Dark Ages presents the original spirituality as the Road of Set, in contrast to VTDA and DAV who present the Via Serpentis as the main Road of the Clan, with a heretical side-current called the Path of Apep. While the Road of Set is the source of dedication to Set and distrust against outsiders from the Road, the overt focus on corruption and dislike against hierarchical power structures seems to stem from the Path of Apep. 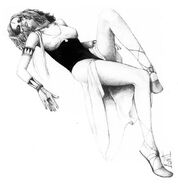