Rasputin is a historical figure that has been reported to be a Malkavian, Follower of Set, Ventrue,[1] Nosferatu,[2] and even a Shadow Lord, Ecstatic,[3] or a Puppeteer.[4] The truth remains murky. The identity of the famous monk was also used as a cover identity by various Justicars and Archons, a practice that originated from the master of disguise Vidal Jarbeaux.[5]

Rasputin was a semi-literate peasant who rose to political power in the court of Czar Nicholas II. His power over the Czarina reported lead to him politically influencing the Czar. As he hovered around the court, his allies reportedly maneuvered themselves into political positions in the government.

These allies were also useful to Malkavians and Setites. When his rivals realized his part in the conspiracy with the vampires, they plotted to have him assassinated. Shadow Lords claim that Rasputin could not have infiltrated the court without the help of Gaia and Grandfather Thunder,[6] whereas some Kindred claim that the myriad assassination attempts were just a cover up for the Embrace.

Mages claim that he worked in the Russian Court to expose a Nephandic conspiracy, only to be slain by Prince Yusupov. Meanwhile, according to the Puppeteers, Rasputin technically was a vampire. Dozens, in fact. He was also three mages, four ghouls, and many, many mortals. The wraithly version of Rasputin claims he enjoyed tricking two Kindred clans into believing he was among their numbers.

It should be noted, however, that with the arcanos of Moliate, any wraith can assume any form, and the Puppeteers are not above political manipulation by way of disguising its members, to help encourage outsiders into falling in line with their plans. 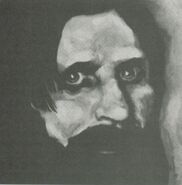 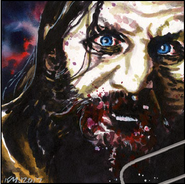 From Beckett's Jyhad Diary
Add a photo to this gallery

Retrieved from "https://whitewolf.fandom.com/wiki/Rasputin?oldid=271459"
Community content is available under CC-BY-SA unless otherwise noted.