When Thomas Wyncham of the Inner Council searched for participants for a Chantry in Hong Kong, his own apprentice Thrace, who operated in London during this time, gladly volunteered. His enmity to the Sabbat, the Assamites, and Setites was legendary and so he seemed to be a perfect figurehead of the Clan amidst the hostile shen in Asia. In reality, Thrace had his own secrets. The most important among them was that he was a deliberate practitioner of Dark Thaumaturgy and Necromancy. Especially skilled in binding and controlling spirits, he attempted to learn about the differences of Kindred and Cathayans.

In the meantime, he established a strong hold over various criminal gangs, which fell apart when most vampires abandoned Hong Kong after the Chinese reacquisition. Too stubborn to leave, Thrace endured, left by his Clan as an irrational loner, forcing a stalemate between the various supernatural factions in Hong Kong that ended when the Week of Nightmares began. Terrified by the thought of rising Antediluvians and virtually abandoned by his Clan, Thrace threw his lot with the Kuei-jin, giving them vital information that enabled the Great Leap Outward. Meanwhile, he stays as a "honored guest" at the Blood Court in Beijing, having been granted access to the lore of the Kuei-jin.

In one of the scenarios from Time of Judgment, Thrace (with the aid of various Yama Kings) develops a ritual that separates the Kuei-Jin from the Material World. This banishes them back into Yomi Wan and strengthens the barriers of the Thousand Hells to prevent further escapes from imprisoned souls. When he shares the ritual with his Clan, the Tremere usher the Sixth Age when they banish enough Kuei-jin back that the Yama Kings can finally ascend and Yomi Wan collapses into the Material World due the massive amounts of Tainted Chi the ritual produces.

Thrace, tall and well-muscled, presents an imposing figure to those who meet him. His silver hair and rugged features make him almost handsome, except for the jagged scar on his right cheek and the eyepatch over his right eye. Indeed, he appears fierce and uncompromising. He is never without his silver-tipped walking cane. The cane itself is a formidable melee weapon, while the diabolic rituals inscribed along its length inspire fear in the hearts of any who recognize their general nature (Kuei-jin believe it to be a cursed artifact).[2]

From World of Darkness: Hong Kong 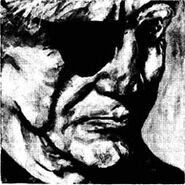 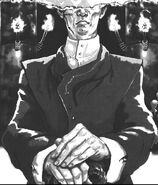 From World of Darkness: Time of Judgement 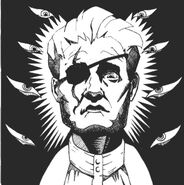 From World of Darkness: Time of Judgement

Retrieved from "https://whitewolf.fandom.com/wiki/Oliver_Thrace?oldid=273685"
Community content is available under CC-BY-SA unless otherwise noted.