White Wolf Wiki
Register
Don't have an account?
Sign In
Advertisement
in: Mage: The Ascension glossary, Order of Hermes

Disparate Alliance (M20)
The Ngoma are a Craft of mages descended from sub-Saharan Zimbabwe culture. In contrast to many of the more shamanistic ways of African magicians, the Ngoma are proud ritualists and knowledge-seekers that strive to unravel the mysteries of the cosmos. Although they were long considered dead by the Traditions, in 2001, following the Conflagration, they were admissioned in the Order of Hermes as minor House Ngoma.

They were particularly skilled at Life, Prime, Spirit, and Mind.

Magic is a gift from the gods to their human children. But not everyone can use this gift, and so, the words of the gods sometimes fall silent. It is the duty of the Ngoma to decipher the will of the gods and the ancestors by correctly applying their magic to aid their people to prosper.

The Ngoma studied astrology and geomancy to detect the wishes of the gods in natural cycles. Many were also adept at traversing the spirit worlds and summoning Umbrood as well as their Ancestor spirits for aid. 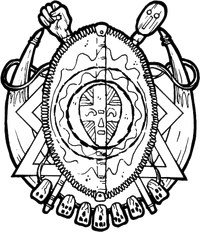 Despite having existed as shamans before, the true origin of the Ngoma is the civilization of Great Zimbabwe, following the War of the Dust Witch. The Ngoma studied natural phenomena and acted as counselors and attendants for the city rulers. Many Ngoma were also involved within the affairs of the Sleepers, acting as teachers, healers and architects, acts of mundane occupation that were frowned upon by their rivals. In general the Ngoma existed in peace with neighbouring crafts, until the massive outbreak of plague in 1420 that led to a feud with the Madzimbabwe. After the conflict, the Madzimbabwe retreated into the rural areas, while the Ngoma ruled in the urban areas.

Many Ngoma actively wandered across the African continent and so, some learned of the European magi and the Great Convocation. They attended with the intention of sharing knowledge, but when they were to be lumped together with other African attendants into the Dreamspeaker tradition, despite having more in common with the Solificati and the Order of Hermes, the Ngoma left. During the European occupation of Southern Africa, the numbers of the Ngoma dwindled up to the point that they were thought extinct by the Council of Nine.

In 2001, the Ngoma joined the Hermetics to save themselves from extinction. Recognized as House Ngoma of House Ex Miscellanea, the Craft survives and acts as a foothold of the Order on the Dark Continent.

As of M20, the Ngoma who refused to join the Order of Hermes became integral to the formation of the Disparate Alliance. These Ngoma enjoy respect in their homelands as professors, doctors, scientists, astrologers, and the like, but they also serve their people as astrophysicists, politicians, architects, financiers, and philanthropists.

The Ngoma tend to gather in schools, each with a different focus on the approach to magick. An elder Kitjito ("Oasis") provides instruction to his kuwaneko ("thirsty one", as in "thirsty for knowledge"), providing lessons in magick, science, African history and lore, and the ancient languages of Nubian arcana – most especially Ufungoto, the "Key-Tongue" in which spirits are said to speak. Kitujita often send their kuwanakada off to study with other elders too, conferring a wide range of disciplines and specialties. Training often stretches for years, and involves riddles and parables that should stretch the mind of the apprentice for the greater truths. Individual apprentices may serve a master as assistant and receive further tutoring in the arts. Disputes between individual mages were brought before all Ngoma of a city, where the most senior and experienced member passed judgement.