Wife of the Tiger and the Snake

Mukhtar Bey is the Caitiff Prince of Cairo since the 14th century.

Mukhtar Bey was a Mamluk – sold as a child and trained to kill as a youth, he came as an adult to Cairo to serve in Saladin's army of mercenary warriors. Turkish by birth, he willingly and gladly accepted his role in Fatimid Egypt, a rising power in the Islamic world. He stood out from many of his companions: although skilled in arms, he possessed a keen mind and demonstrated his leadership potential early in his career. He rose through the ranks of the Mamluks, with the full intention of entering the government after he had dutifully fulfilled his servitude. When he vanished, no one would have thought of supernatural interference.

A full decade went by before Mukhtar Bey reappeared; in an act then unheard of, he presented himself to Antonius, Ventrue Prince of Cairo. He could claim no sire, nor would any Kindred claim him as childe; an enraged Antonius directed his two guards to tend to the clanless bastard, and was stunned to see the ease with which Mukhtar dispatched the two would-be executioners. Mukhtar repeated his introduction and offered his own services to the shocked Ventrue. Impressed, the Ventrue made him his bodyguard. Mukhtar Bey served Antonius faithfully, and Antonius was equally loyal to his new vassal – so devoted, in fact, that some questioned Mukhtar's hold over the prince. In time, Mukhtar was more than Antonius' bodyguard; he was his right-hand man.

During the night, when Lupines invaded the chambers of his master, Mukhtar Bey was gripped by a terrible fear and fled, leaving his master to die. Ashamed and disgusted of his own cowardice, he blamed his clanless lineage for this and prepared to venture into the sun. It was then, however, that the other Kindred came to him and asked him to be the new Prince. Heavy hearted, he accepted, believing that they would see the error of their choice soon enough. Some murmured of fragments of the Book of Nod, which spoke of a Caitiff prince being a sign of the end times, and even these Kindred trembled.

Mukhtar Bey has ruled Cairo as a free city, without pledging allegiance to one of the great sects of the undead, allowing Kindred of every Clan and heritage within its boundaries (except for the Giovanni, due to an ancient agreement with one of the last Cappadocians). Despite various doomsayers that called for his destruction, he was nonetheless able to rein in the disparate factions in Cairo, and he earned respect, as his rule was steady in spite of the many changes in political winds. He negotiated with Assamites, which could not often be done, and he kept the Setites at arm's length. But despite his long rule, he still feels unworthy for his betrayal in 1406 and chafes under the responsibilities of a prince of such a multicultural city. When Al-Muntaqim, however, told him of the impending Gehenna and how the wrath of the Antediluvians could be averted by a sacrifice of enough Caitiff, it seemed to him like a salvation. Mukhtar Bey has issued a call for all Caitiff to assemble in Cairo to benefit under his guidance, and many have come, not knowing of the trap they walk in.

Wife of the Tiger and the Snake 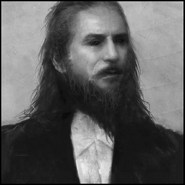 Retrieved from "https://whitewolf.fandom.com/wiki/Mukhtar_Bey?oldid=229796"
Community content is available under CC-BY-SA unless otherwise noted.