Regent of the Sabbat

Melinda Galbraith was an elder childe of the methuselah Helena and the recent Regent of the Sabbat.

Melinda Galbraith was considered to be one of the most dangerous vampires in the world, notorious for her cruelty. She was a stunning woman with dark brown hair and hazel eyes and was always dressed in the finest clothes money can buy.

She was born in Spain. In life, Melinda  was abducted and forced to leave Europe by Helena, who Embraced her in 1143 CE. Together they traveled to Mexico with the Conquistadores, where they waged war against the Aztecs. Then without a word of warning Helena abandoned Melinda after discovering the monstrous Baali methuselah known as Shaitan. The Sabbat came soon after that, and Melinda joined them eagerly, as it helped her break the blood bond that held her in Helena's thrall.

When former Regent Gorchist was assassinated by a suicidal Ravnos in the 1860s, Melinda had grew immensely in power and influence among the Consistory, and they in turn supported her grab for the Regency. Although she was a Toreador antitribu, many in the sect believed her to be a Lasombra like her predecessors. She is a follower of the Status Quo faction and it was believed she was on the Path of Caine.

Before a Palla Grande in 2000 she was slain by unknown parties, and was impersonated for a time by the Tzimisce Zachary Sikorsky, who discovered her remains and was afraid of being framed for her murder.

Beckett's Jyhad Diary suggests a few verions of Galbraith's assasins: Inquisition, Assamites, True Black Hand and even possibility, that she fakes her own Final Death at the command of her master, Nergal. 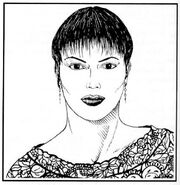 From The Chaos Factor 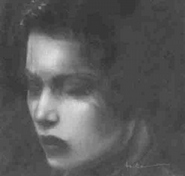 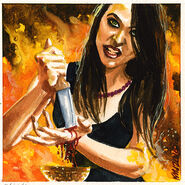 Melinda VTES card alternate (depicted as a Lasombra). Art by Jim Pavelec
Add a photo to this gallery

Retrieved from "https://whitewolf.fandom.com/wiki/Melinda_Galbraith?oldid=259628"
Community content is available under CC-BY-SA unless otherwise noted.