Magadon, Incorporated is a pharmaceutical company based in New Jersey. It is a subsidiary of Pentex and thus a puppet of the Wyrm, spreading taint through its products.

Magadon is the second largest Pentex subsidiary, after Endron International. It operates in nearly every field of medical science, from genetics to nutritional health, psychiatric therapy, and even veterinary health. It also quietly works on developing biological weapons. Their slogan is: "Magadon: building a better you."

The company itself was founded in 1946 as Magadon Limited by a retired Army doctor named Bryant Vandergrift. It was originally a medical research firm specializing in ways to counter biological warfare, but between 1952 and 1956, the company bought a number of other medical firms and diversified into the production of medicines. After publicly listing stock in 1955, it expanded internationally in 1956 with the acquisition of a British cancer treatment company.

Despite its early success, Magadon was nearly bankrupted in the late '50s by several disasters, including a viral outbreak at one research facility which killed more than 400 scientists. In 1959, it was taken over by Pentex, and in the following thirty years, Magadon grew to become one of the three largest pharmaceutical companies in the world.

The Reservation Medical Network is a collection of clinics located on or near Native American reservations where, under the guise of providing government-subsidized health care, Magadon is collecting genetic information from the patients. They know Native Americans are somehow related to the Garou and hope to slow the birth of more werewolves.

Researchers at Magadon have found a link between physical deformities and psychic ability, and the Handicapped Psychic Latency Program has been successful in boosting the number of psychic operatives available to Pentex.

While Magadon manufactures any number of tainted chemicals and drugs for specific purposes, they also have a few products produced en masse to aid in the general ascendancy of the Wyrm.

Magadon is also vital to Pentex for the drugs it produces for its own troops. These include:

The name Magadon is a reference to Mogadon, the most famous trade name of the sedative Nitrazepam, used to treat epilepsy and insomnia. 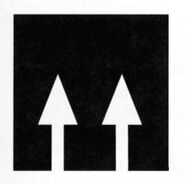 Retrieved from "https://whitewolf.fandom.com/wiki/Magadon,_Incorporated?oldid=243361"
Community content is available under CC-BY-SA unless otherwise noted.