Madame Guil, a 6th generation Toreador and former Justicar, is known for her lack of mercy, even amongst the other Justicars. Her skill at uncovering traitors and criminals in the halls of power is the subject of many dreadful tales.

She started off as a 16-year-old girl named Gilles in a small French village, about to be married to a local boy named Luc in 1579. But Gilles' beauty caught the eye of the local vampire lord, Baron Philippe Vollgirre, who summoned her to his castle and Embraced her to be his concubine. When he drained Gilles of her blood he also took her happiness. It was not long before the Vollgirre had a stake in his chest and his castle in flames around him.

Gilles was able to use her natural grace and charm to fit in with Kindred society. After believing her past life was all but a distant memory, she was shocked when she saw the image of her old love, Luc. As it turned out he wandered the countryside in a deep depression thinking he lost her. But then a band of young anarchs found him along a dirt road and Embraced him. The former lovers shared blood with each other as well as their deep dislike of Kindred society. The two made a vow to rid the world of the Damned and for a time she and Luc were the most monstrous diablerists in France. But their crimes came to an end when the pair botched an attempted diablerie of a childe of François Villon. Luc took the rap for the incident and fled from the ensuing blood hunt.

Gilles disappeared into the underground world of anarchs. Consumed with rage for the murder of Luc she was in the thick of things during the French Revolution that sent France's mortal and Kindred aristocracy to the guillotine. But the Revolution blossomed out of control and Gilles was in danger of being executed herself. She saved herself by latching onto the power base of the despised François Villon and hiding her identity, now calling herself Madame Guil. She proved to be valuable in rebuilding France and over the next two centuries manipulated her way into the institutions she hated, becoming the Toreador Justicar.

In this role she has been effective sniffing out Camarilla traitors. She channels her rage and hate into destroying the sect's elders and putting to death so-called "untouchables".

But a few years ago everything was turned upside down when, on an investigation of a Sabbat assassin, she rediscovered her old flame Luc. As it turns out he escaped the Blood Hunt by joining the Sabbat's Black Hand and was now a Templar. The two Cainites clasped each other and vowed never to be parted again. Their union is forbidden by both sects but so far they have found ways to meet in secret.

In recent years, Madame Guil abandoned not only her role as Justicar but the Camarilla entirely, and has vanished to parts unknown. Rumors claim that her lover had given the Black Hand sway over her actions; towards the end of her tenure as Justicar, her most brutal acts were committed to conceal their relationship under the guise of service of her office. It is thus far unclear what either Guil or Luc ultimately desires, or for that matter, if Luc has also abandoned his own sect in disappearing with his lover. Either way, the other Justicars fear that Madame Guil may turn traitor, if she has not done so already. Given both her considerable personal power as well as her intimate knowledge of the Camarilla's secret workings, she may find herself added to the Red List sooner rather than later. 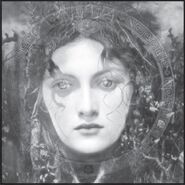 Retrieved from "https://whitewolf.fandom.com/wiki/Madame_Guil?oldid=214110"
Community content is available under CC-BY-SA unless otherwise noted.