Leysha's past is largely an unknown, except the fact that she is from Lyon, France.

Leysha is a seeress who has a reputation within the Boston court for being able to see the future. She serves Prince Iversen in a special capacity due to her unique abilities. Because of her special status she has lived a more sheltered life compared to many other Boston Kindred.

Leysha's sire, Richard, and Prince Iversen have an ongoing rivalry about where Leysha's loyalties should be.

Leysha has a daughter, Halsey, who is also a vampire of the Malkavian clan. Halsey is the most important person in the world to Leysha and acts as her anchor to this world. The two are rarely seen separated.

In the modern nights Leysha is trying to recall her past, while continuing to serve the Prince. 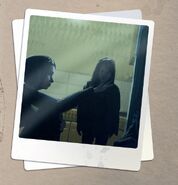 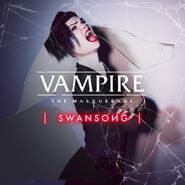