The Korred are a French Gallain Fae group for Changeling: The Dreaming.

The Korred are keepers of lore and masters of tradition among the kithain. They hold the secrets that can never be told but must never be forgotten. They are master sophists; choosing their words carefully to ensure their closely-guarded mysteries remain obscure. They are also rite masters; making sure the ancient rituals that fortify the Dreaming are continually observed.

Most Kithain think the Korred are secluded in dusty towers, surrounded by nothing but dusty tomes. This is rarely the truth. They believe that knowledge is essential for survival. They know the loss of their history and culture due to the Shattering damaged the fae more than they realize. Because they believe the key to preventing Endless Winter lies somewhere in the past, they fearlessly seek out any scraps of information that might help preserve the Dreaming.

Korred are short and stocky with long, hairy ears. They tend to dress in earth tones and decorate their thick hair and beards with braids and beads. In mortal society they take on roles like Lawyer, Judge, Detective, and Historian. 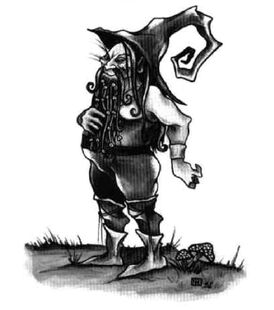 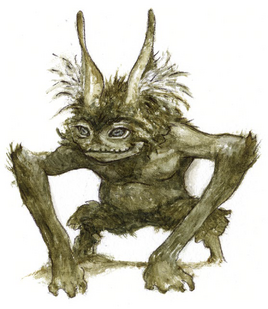