Kevin Jackson also known as "Paladin", is an 8th generation Ventrue, childe of Lodin. He became Prince of Chicago after his sire was presumably destroyed during the War.

Born in an upper-middle-class Chicago family surviving in a poor neighborhood, Kevin's parents made sure to teach him right from wrong. They took their five children in marches for equal rights and practiced activism every day, ingraining it in their children. But for all the love, warmth, and shelter a family can provide, the real world’s crushing weight cannot be avoided, and soon two of Kevin's eldest brothers joined the Bloods. Kevin's elder brothers didnt took long to rise among the gang's ranks and soon Kevin himself had to make the choice to join or not, since his brothers connections to the Bloods made him an obvious target of the Playboys and Crips.

Kevin knew quite well what his parents would want him to do, but they weren't in his shoes. The whole situation was a no-brainer and he joined the gang. By 1984, more than a decade later, Kevin was the most powerful gang leader in the Windy City, controlling the cocaine trade. His future sire, Lodin, no longer happy with Capone, came to Kevin one night at Cabrini Green. He offered Kevin the Embrace, immortality and a chance to become one of his lieutenants. Kevin saw the opportunity for real power and accepted, reasoning that with eternity at his grasp, he could eventually replace Lodin and secure a better Chicago...eventually. Until his opportunity arrive, he would act as Lodin and his ilk saw him - an enforcer, a mindless drone to be ordered around, a disposable black body to be thrown away when no longer useful.

During his first years as a vampire, he told his siblings of the Embrace, Kindred society, power, and about his plan. Once they agreed, he turned his brothers Medgar, Langston, and his sister Zora into his childer and addicted the rest to his Vitae. Medgar went back to lead the west-coast Bloods, Zora began securing a power base in Paris, and Langston headed to Puerto Rico. Kevin addicted vital members of the Chicago Bloods to his vitae, and crushed any opposing gangs. He consolidated his power until he was one of the most powerful Bloods with inﬂuence across the United States, France, and Central America. In time, Kevin’s army was easily triple the size of what anyone knew or saw.

The young Ventrue rising star played his part during the War of Chicago, but already suspecting his sire would fall he headed to the Prince’s secured haven in order to steal Lodin’s laptop and thus obtain control over his sire's assets. Upon arriving, Kevin found not only the Sabbat, but also scores of werewolves murdering vampires (a few of the city's elders among them). Unsure of the outcome of the battle, he decided to attack and “save” his Camarilla peers. He grabbed a broadsword out of the wall and helped to hold off against the invading forces. Sure, Kevin managed to slew a Sabbat pack leader during the scruffle, but it was the two dozen armed Bloods who bail his ass out. That fight earned him the brief nickname “Paladin”, influence, and access to Lodin’s old accounts.

Sometime later, when the former Gangrel Primogen known as Inyanga announced she had been able to broker a new peace treaty with the Lupines firmly delineating vampire and werewolf territories, Kevin finally saw his opportunity to take a more prominent role in Chicago power structure. When the rest of the elders demanded to know who gave Inyanga the authority to negotiate in name of the Camarilla, Kevin claimed they had done it together: Ventrue and Gangrel silently united. Thus, he demanded the Primogen to call for a new Prince and the council did not opposed his ascent to praxis, toppling the unsteady Joseph Peterson from his paper reign.

Kevin is currently determined to make Chicago the North American crown jewel of the Camarilla. He believes education is power for both mortals and Kindred, and in these nights fully immerses himself in learning about science and technology as he doesn’t want to become an anachronistic Prince over a calcified city, locked in a certain decade or century. The Prince uses Critias to act as tutor for fledgling Kindred, with many lessons on the sect’s Traditions made mandatory. Failure to succeed in these lessons results in destruction. As the new face of the Camarilla, what started as a reign of hope and upward mobility has swifly become one where the Prince is all too keen to castrate the Anarch Movement, quietly hunt clanless, independent vampires and Duskborn, shutting down trouble before it starts by sending his Hounds to burn out entire havens of problematic vampires.

Jackson’s Chicago has no place for failures. 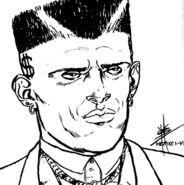 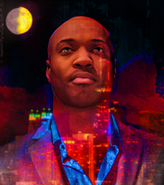 Retrieved from "https://whitewolf.fandom.com/wiki/Kevin_Jackson?oldid=223438"
Community content is available under CC-BY-SA unless otherwise noted.