Jayne Jonestown is Brujah antitribu musician who is rather popular and has ties to the Society of Leopold.

In his mortal days, the person who would become Jayne Jonestown was a person who turned to rebellion, satanism, and other efforts in the throes of adolescence. He began to write rather morbid poems and short stories and eventually went on founding a band with a person he met in a goth club. Giving the band the euphonious name "Jayne Jonestown and the Graveyeard Skullfuckers", the pair made a mix of industrial and death-metal, combined with shocking shows with women in cages, coprophagia, sex acts on stage, and several others. Touring across Florida, the band became famous when they covered a popular song. His music also attracted the attention of several vampires, one whom eventually Embraced the person that had begun to call himself Jayne Jameson.

Since his Embrace, Jayne has managed to work together with several Inquisitors, making them believe that his music serves the purpose of concentrating unholy elements in one place. He has used his contacts among the Inquisition to direct them against rivals and enemies. His latest records incorporate many elements of modern vampire society, something that angered the Inner Circle to a degree that they considered putting Jayne on the Red List. He is a nominal part of the Sabbat, but prefers to keep his own counsel, balancing his unlife against the ever present threat that his allies among the Society of Leopold discover his true nature. 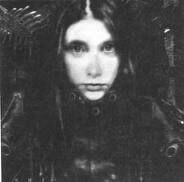 From Children of the Night
Add a photo to this gallery

Retrieved from "https://whitewolf.fandom.com/wiki/Jayne_Jonestown?oldid=278554"
Community content is available under CC-BY-SA unless otherwise noted.