Jan Pieterzoon is the signature character of the Ventrue clan in Vampire: The Masquerade.

Jan is an idealist who believes that the Camarilla should embrace change, evolve and adapt to the new millennium. If it does not, Jan fears that the Camarilla will crumble and face a self-fulfilling Gehenna, as he thinks the tales of the Book of Nod are nothing more than superstitious drivel belonging in the Dark Ages.

Thus, Jan has acquired no small amount of media influence to further his goal of eradicating Kindred superstition. He is on a book burning crusade, prompting the Inner Circle to punish all references to the Book of Nod since such references feed apocalyptic fear gripping Kindred society and making it harder for the Camarilla to remain dominant. The Final Nights are here because foolish elders project their fears and read too much into coincidences and random chance.

Jan is not blind, however. He knows that something is happening, but it is no more apocalyptic than simple change in Kindred social conventions. It happened before in the vampiric legends, as it did in Constantinople and during the Anarch Revolt. Pieterzoon is not naïve, he understands that most Kindred are too short-sighted to know what is best for them. To this end, he is willing to indulge in the vampire's petty deceptions and grand jyhads as long as they accomplish the necessary end — the preservation of the Kindred and their secret ways.

Despite being immersed in Byzantine kindred treachery since the very night of his Embrace, Jan Pieterzoon remains committed to the noblesse oblige that characterizes the most august of Ventrue. He truly believes that Ventrue dignitas includes guiding other wayward Kindred, and subscribes to the crumbling ethic of leadership over greed, counsel over dominance.

Pieterzoon was appointed by his sire Hardestadt to coordinate Camarilla's efforts on the East Coast of United States during the sect's counter-attack against the Sabbat. By the end of the conflict, almost all of the East Coast was lost, but Pieterzoon manages to retake New York with archon Theo Bell as his right hand man.

Pieterzoon was standing by his sire at the Conclave of Prague, when Theo Bell revolted and assassinated the elder starting the treacherous Brujah attack against the Ventrue. And although Theo Bell denies having killed Pieterzoon after he painted the ceiling with Hardestadt's brains, the younger Ventrue was never seen again and is believed to have been killed by the Brujah during the battle.

The archetype Dutchman, Jan is slender, with deep blue eyes and spiky blonde hair, but sometimes colors it when traveling. Always seen in the finest of subtle fabrics and accessories of highest quality, he is dressed in the latest of fashions. Like most Ventrue, Pieterzoon had a way of using a hundred words to say what could easily be said with one.

Jan Pieterzoon, Childe of the Camarilla

Can only feed from rape victims (see below)

Jan suffers from a extreme case of the Ventrue Clan's weakness in that he can only feed from rape victims. After being ambushed in Washington D.C. by Sabbat, his entire herd is wiped out and though he is saved by Theo Bell, he has to use his dominate powers to cause a rape and then again to erase the memory of it in the victim in order to feed after the loss of his herd. 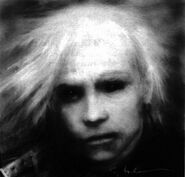 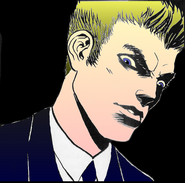