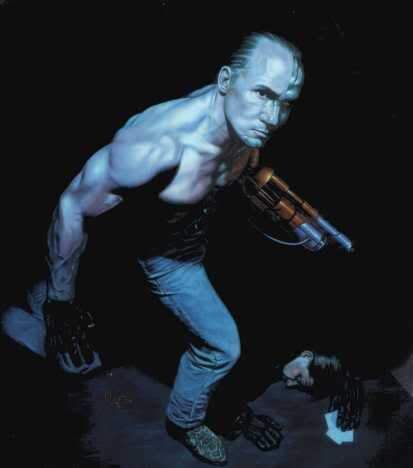 Hyper Intelligence Technologies, or HIT Marks, are artificial creations designed by various iterations of the Technocratic Union as semi-disposable front-line shock troops. Their expected life is short, but they make up for it by generally being massively overpowered.

The common appellation derives from the indicated of the specific iteration: The current models, for example, are "Hyper Intelligence Technologies Mark V," usually shortened to "HIT Mark," although a more accurate acronym would simply be "HIT."

Retrieved from "https://whitewolf.fandom.com/wiki/Hyper_Intelligence_Technologies?oldid=127839"
Community content is available under CC-BY-SA unless otherwise noted.