Francisco Domingo de Polonia is a prominent Lasombra of the Sabbat. From 1761 to 1998, he reigned as the Archbishop of New York City. For his role in spearheading the successful Sabbat sieges of Atlanta and Washington, D.C. in 1999, he was promoted to the rank of Cardinal of the Eastern American Territories.

Born in Spain in the late 1560s, Polonia came to the New World as a stalking horse for Juan de Oñate's expedition into Mexico (specifically, in what is now New Mexico). Having proven his worth over the course of the (failed) mission, Polonia was Embraced by Antón de Concepción in 1600. To his chagrin, the sunburn that Polonia was suffering from at the time of his Embrace has stayed with him through the centuries that followed, a fact that draws his anger whenever a neonate is foolish enough to mention it.

Polonia quickly honed his skills of tactics and networking, turning Lupines against his old foes in Santa Fe and ascending within the ranks of his clan through the Friends of the Night. During the late 18th century, he assisted Regent Gorchist's ongoing effort to end the First Sabbat Civil War. In 1761, Gorchist appointed Polonia to the rank of Archbishop in the burgeoning city of New York, earning Polonia the ire of Ecaterina the Wise and the other sitting Bishops of New York. Other Bishops were appointed under Polonia in the years to come, notably Radu Bistri, who stayed only long enough to help Gorchist end the Civil War via the Purchase Pact and never amassed the local influence – or the desire – to challenge Polonia's authority.

Polonia retained power through the Second and Third Sabbat Civil Wars, in part through his ability to cultivate allies like Radu Bistri, who had ascended to the rank of Cardinal by the time of the Third Civil War. During this span of time, he also saw the fall of several rivals and potential threats, including Ecaterina, who disappeared during an attack on a Palla Grande in 1969. Although Polonia was effectively uncontested as Archbishop, the Camarilla maintained a small but continual presence in New York City, mainly on Wall Street (via the Ventrue), in the universities (via the Tremere), and in the tightly networked Nosferatu sewer kingdom. The Ventrue Michaela claimed the title of Prince of New York since 1980, though her domain never extended far from Wall Street. Additionally, a number of independent Giovanni and Followers of Set held small but tightly-knit spheres of influence in the city's criminal underbelly.

In 1999, Polonia departed from New York to work alongside Priscus Sascha Vykos in the Sabbat crusade to take the entire East Coast from the Camarilla. The crusade was largely successful, driving the Camarilla entirely out of Atlanta in only one night and taking all of Washington, D.C. with the exception of the Tremere chantry. Polonia was credited for the bulk of the crusade's success, and was elevated to the rank of Cardinal by Regent Melinda Galbraith; Vykos was made Archbishop of Washington, but still seethed that Polonia was promoted to a higher rank over her.

As the Sabbat grew confident in their successes, the Camarilla struck back against New York City itself, with direct assistance from the Giovanni and the Setites. Various independent agents also worked alongside the Camarilla (or, at least, against the Sabbat), such as a kumpania of Ravnos that just happened to exercise "The Treatment" against Polonia's Sabbat shortly before the Camarilla's siege began. The siege drew in a number of both sects' most renowned warriors and tacticians, and eventually brought them into direct combat with one another. Polonia's bishop Armando Mendes was one of the first casualties, bringing the Archbishop back to the city to confront the invaders head-on. Polonia called on all available resources, bringing luminaries such as the Tzimisce elder Lambach Ruthven to the city's defense.

In the end, Polonia personally decapitated Michaela and drove the Archon Federico di Padua into torpor. Despite these victories, he was ultimately forced from the field of battle – and from the city itself – by the massed forces of the Ivory Tower. With Polonia's departure and Michaela's Final Death, the Nosferatu Calebros was installed as Prince pro tempore by the assembled Justicars. Now, Polonia tends to the affairs of the Sabbat across the entire East Coast, but is ever ready to return to his city and take it in the name of the Sword of Caine once more.

Path of Power and the Inner Voice 7 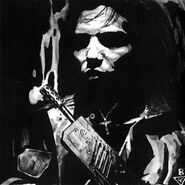 From A World of Darkness Second Edition. Art by Jason Brubaker 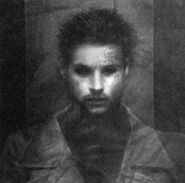 From New York By Night

Retrieved from "https://whitewolf.fandom.com/wiki/Francisco_Domingo_de_Polonia?oldid=217024"
Community content is available under CC-BY-SA unless otherwise noted.