Right Hand of the Camarilla

Federico di Padua, also known as the Right Hand of the Camarilla, has been an Archon since the foundation of the Camarilla (by that time he was spontaneously Blood bound to his fellow Jean-Marc d'Harfleur). He is regarded as one of the deadliest warriors of the sect.

An Italian mercenary in life, Federico fought across the face of Europe, during which time he knew many masters, saw many treacheries, and learned lessons that have shaped his immortal existence for five centuries. Eventually, Federico joined János Hunyadi in his battles against the Turks. There he met and became something of a mentor (imparting the wisdom of a realist) to Gilbert d'Harfleur after saving the young knight's life while both were still mortal.

Embraced against his will by a cruel and whimsical Nosferatu, Federico underwent a painful transformation. He has never forgiven his sire for his Embrace. Federico has become the eternal cynic. While he believes that the Kindred must work together, he does not blindly follow orders, instead questioning what he is told and judging others by their actions rather than generation or clan. He supports the just claims of younger Cainites, but will not countenance violence where words should suffice. Oddly, he is a deadly fighter, combining his Obfuscate Discipline with a prodigious strength and a no quarter attitude.

Federico was adopted as honorary childe of Josef von Bauren, one of the Founders of the Camarilla and its very first Nosferatu Justicar. Federico has been a staunch supporter of the Camarilla since the Convention of Thorns for he believes that the sect travels a just path, although he knows it has its flaws. Granted the title of Archon by his adoptive sire, Federico has served under seven Nosferatu Justicars – and thus holds the record of most time on the job – but despite his centuries of faithful service as an Archon he has been never offered the position itself. He is too valuable in the field, he is told, even though he never asks the question.

The Nosferatu Archon opposes the Camarilla's stance of ignorance against the threats of the looming Gehenna and the Antediluvians. As an individual, though, he can take these nameless fears into account as he dispenses justice in the name of the sect.

Today, Federico serves under Justicar Cock Robin, having been involved in the investigation of Justicar Petrodon's murder. He also participated in the war effort of the Camarilla to retake New York, where he was knocked into torpor for a short period of time after a duel with the Sabbat Cardinal Francisco Domingo de Polonia. He operates mainly on the East Coast of the United States.

Federico DiPadua, the Right Hand of the Camarilla 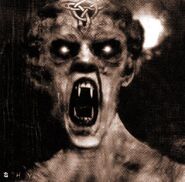 From Children of the Night

Retrieved from "https://whitewolf.fandom.com/wiki/Federico_DiPadua?oldid=229782"
Community content is available under CC-BY-SA unless otherwise noted.