The Hand of Vengeance

Fatima al-Faqadi, the "Hand of Vengeance", is the signature character of the Assamites. She belongs to the Warrior Caste.

Fatima was born into a family of Almohad Moorish warriors, who fought alongside the Defenders of Allah during the Crusades. Her passion and skill drew the attention of the Assamites. They were so impressed with her that, over much debate, they broke the age old precept of not Embracing a woman. Fatima was brought to Alamut, sired by the Egyptian Caliph Thetmes, and trained to become the ultimate assassin. During the Crusades, she fought the Lasombra Lucita de Aragón to a stalemate. They eventually became friends and lovers.[1]

Fatima was contracted on the order of Al-Ashrad to assassinate the Lasombra Archbishop Ambrosio Luis Monçada. With the help of Lucita, who was the Archbishop's childe, Fatima was able to execute him. Afterwards, Fatima vanished, never returning to Alamut to claim her reward. For this, Ur-Shulgi declared Fatima a renegade. She was reportedly in the caves near Mecca, meditating on her loyalties to Allah and Haqim. Receiving word that the Children of Haqim seek to kill her for abandonment, Fatima has sought the Inconnu for aid.[2]

Fatima al-Faqadi, the Hand of Vengeance 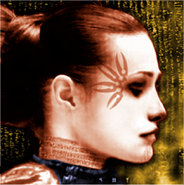 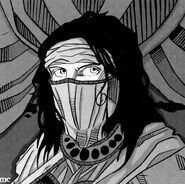 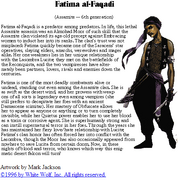