Fabrizia Conteraz is a Malkavian antitribu and the current Archbishop of Miami.

Fabrizia was a helpless, insane prisoner in a Mexican penitentiary at the time of her Embrace. She had grown up there after her parents left her on the steps of the prison, unable to afford care for a mentally ill person. She was chosen as cannon fodder for a skirmish in Houston in 1984. However, Malkav's blood, while still tainted with madness, gave her an unusual gift of lucidity. She became her sire Licero's lover rather than his pawn, and the two of them were as infamous among the Southwest's Kindred as Bonnie and Clyde. Many Kindred in the Sabbat tended to disregard Fabrizia's part in their exploit, allowing Licero as the pack leader to amass most of the fame and prestige.

When Licero was lost in the Miami siege, Regent Galbraith blamed Fabrizia for being a distraction. Rather than openly work revenge on the fledgling (which would certainly be seen as ludicrously petty), Galbraith instead appointed the distraught Fabrizia Archbishop in the hopes that the position's demands would destroy her. The Regent was sorely disappointed – Fabrizia proved remarkably alert, exceptionally organized, and meticulously patient. Under her rulership, Miami became an almost military city where no quarter was given to dissenters, and whose spies infiltrated nearly every Camarilla-controlled city along the East Coast. Ironically, Galbraith could not have asked for a better, more committed, more effective Archbishop.

Tonight, Fabrizia is more than a thorn in the side of the East Coast Camarilla; she is a barbed spearhead. She monomaniacally plots to capture more and more cities from the Camarilla and has placed agents in several key cities in anticipation of further movements. Atlanta's recent fall to the Sabbat has caused quite a stir in Camarilla and Sabbat cities alike, as the various Kindred try to find out just how much of that conquest was due to Fabrizia's planning. Yet all this means nothing to Fabrizia. Her only goal has become to grind the Camarilla to dust for taking her beloved Licero from her. 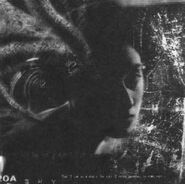 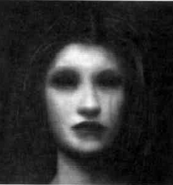 Retrieved from "https://whitewolf.fandom.com/wiki/Fabrizia_Conteraz?oldid=225774"
Community content is available under CC-BY-SA unless otherwise noted.