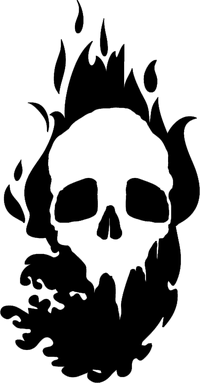 Extempore are Prometheans created through blind chance rather than through the intervention of a demiurge, most often when the Divine Fire comes into conjunction with disasters. They exist outside the standard Lineages and have often unique Bestowments and weaknesses. Due to the events required for the Extempore's creation, they are extremely rare, even by Promethean standards.

At its heart, the creation of a Promethean is an alchemical process, not a magical one. While one method (the most common one) of bringing a Created into being is to intentionally bring together the proper components in precisely the right proportions in a very ritualistic procedure, the rite itself is little more than a method of passing the alchemical formula down in a method that can withstand the test of time.

As a result, any situation that brings together the proper components in the proper order and then applies the appropriate energy can bring forth a similar result, whether the process is being directed by intention or not. The generative formula is a complicated one, however, and not likely to be duplicated by accident. Only in the most extenuating of circumstances do all of the elements necessary to create Promethean life come together in precisely the right ways, and even then, without the spark of Divine Fire, there can be no Created. Only a few situations exist outside of human or Promethean intervention that provide sufficiently intense amounts of the Divine Fire to spontaneously generate a Promethean, such as Firestorms of cataclysmic power. Rumors exist that the appearance of an Arch-qashmal may spark enough Divine Fire to do so as well, although the veracity of such tales is often called into question by those who do not believe that the Arch-qashmallim even exist.

Along with the Divine spark, in order for a Promethean to be created, a freshly dead body must be infused with sufficient quantities of elementally charged alchemical humour. While this infusion is most easily provided by another Promethean, situations can arise in which the alchemically charged humour (or humours) are manifested by other means. Natural or human-made disasters may manifest sufficient elemental energy to do so. Some seem fairly simple. Earthquakes provide earthen energies and melancholic humour. Floods provide the phlegmatic humour associated with water, and sweeping forest fires or explosions may provide fiery choleric humour. Tornados lend their wind to the sanguine humours while battlefields, war zones and horrific accidents may create enough ectoplasmic humour to suffice for the alchemical process of creating a Promethean. Most often, however, more than one humour is involved in an Extempore's creation.

Retrieved from "https://whitewolf.fandom.com/wiki/Extempore?oldid=273345"
Community content is available under CC-BY-SA unless otherwise noted.