For the Sphere of Awakened magic, see Entropy.

Entropy, sometimes also called Oblivion, is one-third of the Metaphysic Trinity, along with Dynamism and Stasis. Entropy is the force of destruction, decay, and death, but also represents purification (at least in its ideal application) and eventually the possibility of regrowth or rebirth. Entropy is represented in the Triat by the Wyrm - or perhaps Entropy represents the Wyrm in the Metaphysic Trinity; the exact relationship isn't quite clear. Regardless of the exact relationship, the concept of Entropy has been corrupted in many instances by the sadomasochistic insanity of the Wyrm.

Mages whose Avatars favor Entropy tend to have Primordial Essences. An Entropic Quiet is called Jhor, and is almost exclusively seen in the Euthanatos Tradition. Some mages who have "fallen" to Entropy become barabbus Nephandi.

People and places that are highly Entropic are also strongly linked to the energy of Yin and, to a lesser extent, to that of Banality. 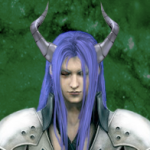 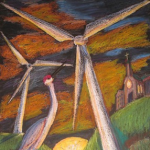