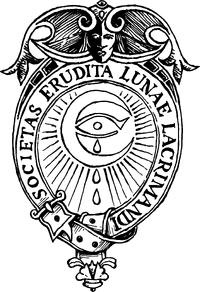 Garou naturally considered these beliefs blasphemous, but the Society was difficult to ferret out due to its ties to mortal society.

The Society additionally assigns roles to its members based on the phase of the Moon under which they were born, another element which angers the Garou.

This Werewolf: The Apocalypse-related article is a stub. You can help WWWiki by fixing it.
Retrieved from "https://whitewolf.fandom.com/wiki/Enlightened_Society_of_the_Weeping_Moon?oldid=243894"
Community content is available under CC-BY-SA unless otherwise noted.