Ecaterina the Wise, the Agitator of Prague, later known as Katherine Weise, is a notorious Brujah rabble-rouser. She has spread false rumours that she is a survivor of Carthage. She was originally an eighth generation vampire, but committed diablerie in the late 20th century.

Over eight centuries ago, Ecaterina was Embraced in Prague, following her near-rape at the hands of a pair of Ventrue-paid mercenaries. The mercenaries both met their just ends, but not before shattering Ecaterina's jaw as she tried to resist them. Marthuel did what he could to repair the damage, but medicine at the time was spotty at best. Childe of Marhuel and grandchilde of Dominic, she was active among the Prometheans of Transylvania during the Dark Ages.

By the time of the Anarch Revolt, she joined with the Anarchs and later the Sabbat. She eventually became the first Bishop of New York City, although she later fell under the authority of Archbishop Francisco Domingo de Polonia.

She was driven into torpor in the mid-20th century, and did not awaken until after the Camarilla conquest of New York in 1999. In recent nights she is known as Katherine Weise, and had done much to mask her true identity and history from her new Camarilla sectmates.[1] Only her childe Christof Romuald, who returned to her after centuries of being in torpor himself, was privy to her deception.

Albertus Magnus later discovered her true identity, and outed her in an e-mail to Beckett, which he carbon-copied to Aisling Sturbridge, whose predecessor Magnus conspicuously alleged Ecaterina of murdering, and possibly diablerizing.[2] Sturbridge called a Blood Hunt on her shortly afterward.

Ecaterina appeared in the game Vampire: The Masquerade - Redemption, in which she was the sire of the game's protagonist, Christof Romuald. In that occasion, her character was voiced by Mary Elizabeth McGlynn.

Her tendency to cover her disfigured jaw when not feeding is very similar Raziel from the Legacy of Kain games.

Ecaterina the Wise, agitator of Prague

Path of Power and the Inner Voice 3

From Vampire: The Masquerade - Redemption

Ecaterina during the Dark Ages

From Transylvania by Night. Art by Guy Davis

From The Ventrue Chronicle 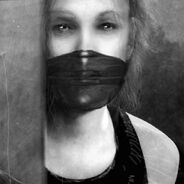 Posing as "Katherine Weise", from New York by Night
Add a photo to this gallery

Retrieved from "https://whitewolf.fandom.com/wiki/Ecaterina?oldid=240689"
Community content is available under CC-BY-SA unless otherwise noted.