Dominique Touraine is a Ventrue antitribu and one of the major proponents for responsibility among the Sabbat, a position that made her unpopular to the shovelheads and undisciplined neonates of the sect, who would rather satisfy their immediate urges, drink blood freely, and bash some skulls.

Born to a silversmith who dabbled in academics, she proved to be his most promising student. Nobles and merchants sought her company, and her quick wit dazzled all who met her. Sons of noblemen vied for her hand, trampling past many prettier, richer and more women to woo her. She took little interest in their attention, which only inflamed their ardor. At twenty-five, the bright, fiercely independent, and happily unmarried young woman attracted more than ardent suitors; she incurred the wrath of the pre-Inquisition clergy. Despite her father's pleas to lay down the books, she refused. As a devoted student of ancient Greek philosophers, she believed that her highest course of action was to "know herself", be true to herself, and accept the consequences of her actions. She challenged the Church's monopoly on education and knowledge, earning many enemies and supporters alike. At her trial, she told her persecutors she did not fear the consequences of her actions, and would gladly pay the price. Her reasoned arguments swayed many onlookers, and her willingness to martyr herself even earned her the grudging admiration of some Inquisitors. Still, the intolerant faction carried the day, and she was sentenced to death by hanging. But before the judgment could be fulfilled, she was kidnapped by a group of hooded riders, who brought her to the mansion of a Ventrue lord, who wanted to add her wisdom to the ranks of the Ventrue. Dominique, however, was furious that she had been denied the right to stand up for her beliefs. Her sire, not understanding that some people would actually sacrifice themselves for their ideals, was baffled, but soon resorted to the Blood Bond to bring his childe to heel, something that fueled Dominique's resentment for her sire and Clan.

During the Anarch Revolt, after her sire fell victim to the Inquisition, she eagerly joined, seeing the Blood Bond as the most horrendous tool in the hands of the Elders. She planned many successful raids on the Inquisition and protected its mortal targets. As the Inquisition became less of a threat, the Camarilla became a much more dangerous one. Dominique's keen mind made her one of the Sabbat's greatest strategists, but she refused to help plan the complete destruction of the Camarilla. She insisted that her only quarrel was with the use of the Blood Bond, not with the Camarilla's right to exist, earning her the enmity of the Black Hand.

During a speech in Paris, she appealed to her peers that freedom is more than rampant desire and that to enslave oneself to every of his whims is a form of slavery that is just as bad as the blood bond. Her message, that irresponsibility is as great a limitation as a Blood Bond, is not always well received, but even her Sabbat enemies respect her. They listen to her because she does not condemn their brutal, divisive ways, as do many of the Sabbat leaders who try to organize the diverse elements of the group. She has made it clear that she would not trade life in the flawed Sabbat for subservience in the repressive Camarilla. Her words, however, struck a chord in many anarchs, who embarked on personal quests for their own visions and senses of purpose. It also enraged the more savage members, who considered it a sneak attack on their freedom, and a tricky way to regulate their behavior in a manner they could not understand. These anarchs give the members of the Sabbat a reputation as monsters that live to kill. But many Sabbat members reject unrestrained violence for human, conscientious behavior: integrity over intimidation and these find their voice in Dominique and her relentless questioning of the worth of an unlife squandered in meaningless freedom. 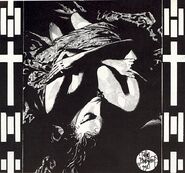 Retrieved from "https://whitewolf.fandom.com/wiki/Dominique_Touraine?oldid=223672"
Community content is available under CC-BY-SA unless otherwise noted.