For the sourcebook, see Aberrant: The Directive. 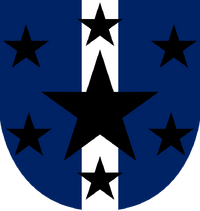 The Directive is an international security, police and espionage agency founded by the United States, the UK, the Russian Confederation and Japan. Most members are baseline humans, but nova operatives fill out its ranks. Its goals include (but are not limited to) advancing the interests of its member nations, keeping a close eye on Project Utopia's growing power, and watching for potentially dangerous novas and other threatening events and groups.

Retrieved from "https://whitewolf.fandom.com/wiki/Directive?oldid=125866"
Community content is available under CC-BY-SA unless otherwise noted.