Delusion is an Unseelie Art of the Kithain. 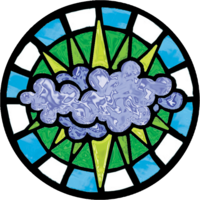 Delusion is the deceptive magical power of memory manipulation, practiced by evoking the power of the Mists. Those who practice it tend to think that they are doing the world a favor, by helping it rationalize the existence of creatures so strange as the Fae. Delusion is one of the Arts of the Shadow Court; it is rarely practiced in other Courts, as the more common Art of Chicanery is used instead.

The Facade cantrip has another useful application, a historical one. In grim fairy tales, changelings have been known to abduct young children or beautiful lovers and place mischievous fae in their place. The legend is based on fact, and the practice is currently called “Nursemaiding.” When a clique notices someone who might be useful, entertaining, or invigorating, they might find a faerie to take his or her place who looks vaguely like their prey. The Facade cantrip makes this easier.

Once the convert has been abducted and Enchanted, the changeling hiding behind the mortal Facade will have a chance to either raise a little hell or act all angelic before disappearing. Children do disappear, after all, just as beautiful young women run off with absolute assholes, and strapping young lads allegedly run off to “find themselves.” Under the care of their Nursemaids, infants suck at the teats of Ogre Hags, lusty maids receive proper education, and young men learn secrets that will haunt them later in their darkest nightmares. If they’re lucky, they’ll “find their way back” after they’ve been ravished or Ravaged. If they’re unlucky, well, we’ll hope that whatever misfortune they found was of their own choosing.