This Mage: The Ascension-related article is a stub. You can help WWWiki by fixing it.

Cygnus Moro was a mage of the Euthanatoi tradition.

The Albireo sect of the Euthanatos are named after a star in the constellation Cygnus to honor Cygnus Moro of the First Cabal. His diplomatic efforts and bravery in the face of Heylel Teomim's Great Betrayal solidified the Euthanatos' position in the new Council of Nine. 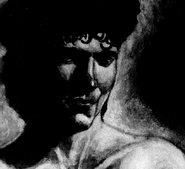 From Fragile Path: Testaments of the First Cabal
Add a photo to this gallery

Retrieved from "https://whitewolf.fandom.com/wiki/Cygnus_Moro?oldid=207327"
Community content is available under CC-BY-SA unless otherwise noted.