Primogen of Chicago
Critias is an ancient Brujah, who remembers the times when his Clan was one of warrior-philosophers and not of rambling anarchs. The scion of his immobile sire, Critias is drawn into the feud between Menele and Helena.

During his lifetime, Critias lived in Athens and was a popular philosopher who populated Sophist teachings. His philosophies made him many enemies among the nobility of the city and when the plague hit Athens they accused him of corrupting the cities youth and exiled him. But before he could go anywhere, he was visited by a dark stranger who introduced himself as Menele.

The two discussed their philosophies till the dawn and then Menele offered Critias the possibility to carry out his role for all eternity. Critias accepted. Afterward, the city's authorities tried to execute him, but he returned and, in a fit of Frenzy, killed and drained the entire household of one of his executioners. He fled together with his sire to Cyrene, feeding from the blood of his sire and generating a blood bond that, because of Menele's potent vitae, has been strong even after the two parted ways.

Critias traveled to Carthage, fascinated by the ideal of a world where Kindred and kine would live side by side. Because of his abilities in debates, he was made the city's envoy and traveled the world in order to find allies. Because of this, he was not in Carthage when the Ventrue of Rome destroyed it. Furious, he traveled to Rome, dedicating all his efforts to destroy it as Rome had destroyed Carthage. He began by stirring up the farmers against the landowners, but the revolt was quickly beaten down. He tried to create struggle between Rome and other Italian cities, but the Ventrue were able to quash the conflict.

Critias even usurped a kingdom in Asia Minor and led the armies personally against the Roman legions, gripped by a Frenzy that lasted three nights. It was only after he drank a 12-year old girl dry that he returned to his senses. Horrified, he sank into the earth[1] and abandoned his troops. When he eventually learned of the massacres his army committed, he traveled to Eurasia, feeding only from animals and lived as a nomad until he came to terms with the horrors he had committed. He ventured to Constantinople, where he stayed clandestine until the 14th century. He wanted to visit the new places of learning and began to travel through Western Europe.

Sometime in the 16th century he founded the Council of Scales, a kind of oversight committee who took an interest in how justice was carried out by agents of the Camarilla.

Unknown to him, he aided the transportation of his sire's body to North America by financing an expedition to it. He himself arrived in the New World shortly after the Revolutionary War, enamored by the first practical use of Athenian-style democracy in centuries. He traveled the land until he settled in Chicago, unknowingly summoned by his sire. Supporting the anarchs in order to create creative conflict, Critias' eventual goal is to make a democratic government for the Kindred in Chicago.

He spends his time teaching a few courses of philosophy at the university, enjoying the company of bright young males who later become part of a network of intellectual retainers that stretches across the whole United States.

Critias is an elderly-looking gentleman. He’s a little on the plump side, and he stands no more than five feet tall. He is mostly bald (though often wears a thick wig), with a little white hairs and a thick white beard. His face is deeply wrinkled, and in recent years he has a haunted look in his eyes. In the privacy of his haven he still prefers to wear Athenian-style robes. Students have caught him like this a few times, but each time he comes up with an elaborate excuse. Critias’ Mask is as Professor Dimitris Calombaris, a semi-retired teacher of philosophy at the University of Chicago. Before this disguise, he was Professor James Kazan, another semi-retired teacher of philosophy, and before then it was Professor Manos Papagianno. Few vampires would have gotten away with simply changing a name and address, and that acting as sufficient cover, but few vampires in Chicago possess the powerful mental skills of Critias or his sire.

For the historical figure, see Critias, though date of his death and the date of character's Embrace and biographies do not match. Some scholars believe that the Critias mentioned in Plato's dialogues is the grandfather of the more famous Critias who served as one of the "30 Tyrants" of Athens, due to his described age and the fact that he was also named Critias. Given the listed year of embrace is two decades before the younger Critias was killed outside the gates of Athens, it seems more likely that the vampire is the older of the two. This also makes sense since the vampire Critias seems to be more of a philosopher than a tyrant. 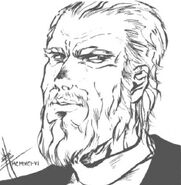 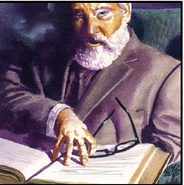