Cock Robin was a former Archon to the Camarilla and is the current Nosferatu Justicar since the assassination of his predecessor, Petrodon, in 1997.

"Robin" was a skilled but otherwise unremarkable silversmith's apprentice who struggled to survive poverty in the dying days of Colonial American monarchy. He was brought into darkness at the whim of an elder power in the third year of the French-English crusade for the continent; his sire abandoned him to the less-than-tender mercies of the New World toward the close of the British occupation. The hapless neonate was left only with the admonition that the price of immortality was, an account sire and childe would settle in due time.

The American Colonies represented a difficult time and place for wayward fledglings, the strife-torn New England coast in particular; many with whom Robin first established contact did not survive the dawning of the 19th century. The neonate's dogged survivalist instinct, however, coupled with his tendency to go to ground at the first sign of trouble, saw him through an endless series of tight spots, trials, and tribulations. He ultimately found himself in early industrial Rhode Island; there, he witnessed the arrival of Stanford Warwick, who would assume the princedom of Rhode Island.

His colleagues effortlessly broke all initial resistance, aided as they were by Brujah brutes from the north and an uneasy Tremere-Ventrue alliance from the south. Warwick's right hand, a ruthless murderer named Roman Pendragon, conscripted hundreds of redcoat soldiers and loyalists as ghouled shock troops. The insurrectionists declared blood-ransoms on prominent American Kindred for anarchs, insurgents and diablerists alike. Key Ventrue power players starved, deprived of sustenance by surgical strikes targeting their chosen vessels. Entire councils of primogen disappeared overnight.

It was more than 100 years later, in the darkest hour of Warwick's tyranny, that Robin's sire resurfaced, sending word to his childer through underground resistance leader Prudence Stone. Robin and a handful of his compatriots had been introduced as seeming innocents into the web, yet primed to strike when the time was right. Guided by carefully orchestrated leaks and snares, an unprecedented 1990 Camarilla-Sabbat offensive carried the fight back to the elder's unseen armies and crushed the bulk of Warwick's forces at Bloods Brook, New Hampshire, where it had all begun decades earlier. Cock Robin, sole survivor among the web counterinsurgents, emerged as an unsung hero recognized by few – but forgotten by none among the topmost tiers of the Camarilla.

His appointment as Justicar is rumored to have its roots in his connection to Petrodon, something that several others deny because it would be an evidence for nepotism and revenge schemes in the higher ranks of the sect. Robin mainly operates on the East Coast of the United States and led a team of Nosferatu that claimed the sewers during the Battle of New York City, and later joined the final assault on Polonia's stronghold. He trusted the Archon Federico DiPadua with the investigations on the death of his predecessor.

Robin's beak-like malformation makes drinking from the jugular impossible for him; on those rare occasions when Robin succumbs to his Beast (or when vermin do not slake his thirst), he sucks the blood through his victim's eyes. 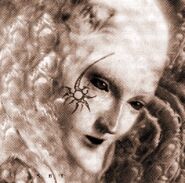 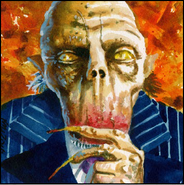 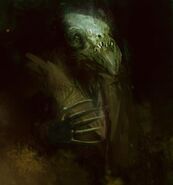 Retrieved from "https://whitewolf.fandom.com/wiki/Cock_Robin?oldid=226041"
Community content is available under CC-BY-SA unless otherwise noted.