White Wolf Wiki
Register
Don't have an account?
Sign In
Advertisement
in: Games, Chronicles of Darkness, Changeling: The Lost

View source
watch 02:46
The Quarry - The Loop
Do you like this video?
Play Sound 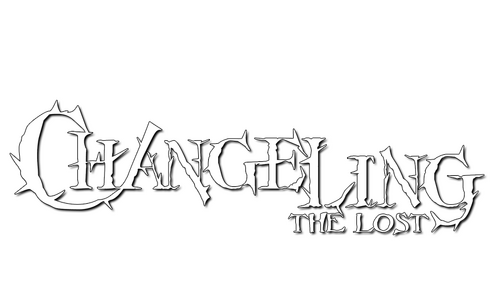 Changeling: The Lost is the fifth game for the new Chronicles of Darkness, published by White Wolf. It was announced via an advertisement in the back of Promethean: The Created, and was released in August 2007. Like the main three games (Vampire, Werewolf and Mage), it is a re-imagining of one of the original World of Darkness games - Changeling: The Dreaming - but it radically departs from its predecessor. It is heavily inspired by traditional stories of the Fae and other tales of abduction, encompassing everything from cautionary fairytales told to children to modern-day urban legends and UFO stories.

Like Promethean, Changeling is a limited series game. Besides the core rulebook it was initially planned for there to be five sourcebooks, one named for each of the seasons and then a final one for the equinox. Due to the game's popularity, however, additional books were done for it beyond the expected five.

Changelings, also known as the Lost, are humans who were abducted by the Fae. Unlike most who suffer this fate, the Lost have managed to find their way back through the Hedge to the mortal world, but their time in the Faerie realm (Arcadia) has irrevocably changed their bodies, minds and souls. A Changeling's true, inhuman mien is hidden by his Mask, the aspect of Fae magic that makes Faerie creatures and artefacts seem mundane to mortal eyes. Very few Changelings are able to reclaim their old lives, or make entirely new ones without retaining ties to the fae realm.

While every Changeling is unique, those who have shared similar experiences in Faerie notice similarities in the physical changes they have undergone. These loose categorizations are referred to as Seemings. Within each Seeming are more specific groupings called Kiths.

Changelings find themselves alienated from normal mortals, as they are no longer mortal themselves. They therefore often congregate into small groups, sometimes called motleys. More formally, they make use of ancient pacts made by the Fae with the seasons (at least in Europe; in other places there are Courts aligned with other things of similar symbolic power, like the cardinal directions or the sun and the moon). They align themselves into seasonal Courts which offer them some measure of protection against the True Fae. Each Court has supernatural influence over a strong emotion and the physical aspects associated with their season.

Some Changelings also join noble orders, societies with narrower agendas bound by supernatural pledges. These grant their members an Entitlement, a title and responsibility which carries social and supernatural weight. As well as marking them as a member of an exclusive group of Changelings, having such an entitlement also carries the double-edged sword of attracting the notice of the True Fae.

The magic of the True Fae is based on Contracts made with elements, living things, and even concepts. In their own Realm, they have complete control over such things; in the mortal world, they wield lesser yet mighty power. Changelings, having been touched by and made part of Faerie, are able to learn clauses of these Contracts, giving them many supernatural powers. These powers have Catches, loopholes in the Contract that allow the Changeling to use the power without expending their store of Glamour, the magical essence of Faerie.

Apart from Contracts, Changelings are able to use the Fae's connection to fate to bind mortals and Changelings into Pledges, agreements which are infused with Glamour and supernaturally enforced by the rules of Faerie. Both sides must uphold their end of the bargain, but Changelings, like the Fae themselves, are often adept at making agreements which favour themselves.

Aside from the True Fae themselves, Changelings encounter many other dangers such as: