The Cappadocians, the Clan of Death, were one of the thirteen vampire clans of the World of Darkness. Detached scholars obsessed with the mysteries of death and the soul, they are now (theoretically) extinct, having been systematically eliminated through a coup de famille conducted by Augustus Giovanni. Unfortunately for the Giovanni, they may have underestimated what it takes to kill a clan of experts on death. Recently, they are regarded as a bloodline of clan Hecata.

Due to their inherent clan weakness, all Cappadocians have a corpse-like complexion, resembling death. Difficulties of social rolls for Cappadocians – any rolls involving a social attribute – increase by one.

Unique among the Antediluvians, Cappadocius viewed the Embrace as a unique opportunity to examine the condition of death and unlife. Throughout the early history of the Damned, he studied alone. Of all the Antediluvians, Cappadocius appears the least interested in politics or power; even Saulot sired childer and fought in wars. Cappadocius saw no need to do so until he realized he would never find his answers alone, long after the flood, even after the demise of the Second City. Even then, he began with one childe, Caias Koine and with Caias he began to study mortal civilizations in order to understand death.

Cappadocian history begins with three events: the Embrace of Caias, which creates the clan proper; the first visions of Cappadocius, which would guide the future of the clan (even towards its extinction); and an encounter outside of Jerusalem. There, Cappadocius encountered a lone traveler who introduced him to the nameless God, who would become the goal of all of Cappadocius' projects.

The first of these projects was the construction of Erciyes, the vast temple-complex at the mountain of the same name. This site became the Cappadocian headquarters, containing a monastery and the home of the Antediluvian and his oldest childer. Erciyes became the heart and research center of the clan, with the majority of the clan returning regularly to trade discoveries and set clan policy. Cappadocius had a goal, and unlike some more anarchic clans, the entirety of clan Cappadocian was dedicated to this goal of meeting, and then diablerizing, God. Cappadocius, a priest in life, was the only Antediluvian to adopt a human religion – following Christianity in his own fashion.

Cappadocius, a vampire of the "I wake up and read for the next 300 years" variety, ruled his clan with a project but a relatively loose hand. He was a visionary, not a manager, and the clan was largely controlled by his favored childer: Japheth Cappadocius, Caias Koine, and Lazarus. These three had childer of their own in positions of power (most notably Constancia, and Lamia, the founder of the bloodline of the same name). After those, the ones Cappadocius would regularly see the clan spread far. So far that they populated two cities of their own: Kaymakli and Derinkuyu. Cappadocius was not aware that his clan was, in fact, the largest of all vampiric clans until the mortals of Derinkuyu told him. Remorseful at this, Cappadocius prepared a massive purge of his own clan.

He called another meeting of the clan at Kaymakli, with Japheth and Caias in attendance. Leading the members of the clan deeper into the cave complex underneath the city, he asked his descendants a sequence of questions to measure their worth to society. The ones who answered incorrectly (on the surface, at least) were dismissed and abandoned in the tunnels, while the remainder continued along with Cappadocius. In the end, Cappadocius sealed thousands of vampires in the caves with the curse of an Antediluvian: "Let no childe of Caine ever leave through this passage; let no son of Seth ever enter". There, bound by their Clan Founder's ward, the rejected childer starved, frenzied, fed, and fell to torpor.

The Feast of Folly led to another reduction of the clan: Lazarus had not attended the gathering, along with his childer he remained in Egypt. At this time, Egypt was close to forbidden for the clan, as the Followers of Set would make short work of invaders to their territory. By dint of power and darker measures, Lazarus ensured his safety there, but he and his infitiores were severed from the clan, renouncing their identity as Cappadocians for their own projects.

Following the Feast of Folly, the founder sought further assistance for the clan in unraveling death's mysteries. Selecting a family of Venetian necromancers, the Giovanni, Cappadocius brought their patriarch into the undead, seeking to complement the Cappadocian mastery of death with insights into existence after it.

Embracing Augustus would become the undoing of the clan, however. Augustus Giovanni had his own motives for the Embrace, and eventually betrayed his clan, diablerizing the Antediluvian and remaking it in his own image in 1444.

The Giovanni hunted the clan to extermination by the 19th century, having extracted a promise of non-interference from the Camarilla. The only survivors of the clan were small offshoots: Lazarus' infitiores, the Premascine Giovanni under the canals of Venice.

As the Cappadocians fell, various offshoots of the clan mutated in fashions that had already begun before Cappadocius' death. Some of the infitiores decayed physically, becoming mobile corpses.

Meanwhile, other Cappadocians were active beyond the Shroud, waiting...

Some accounts have it that a cabal of ancient, powerful, and very angry Cappadocians took advantage of the Sixth Great Maelstrom to break through the Shroud, claiming or forming new decayed bodies and seeking vengeance. Others have it that it was the Capuchin's magics which helped the cabal escape the Underworld.

Whatever the truth may be, it is known that these Harbingers of Skulls have made nominal alliance with the Sabbat, although it would be more appropriate to say that they are the enemies of a Camarilla which sold them out.

Another group of Harbingers have made alliance with the Tal'Mahe'Ra, assisting that sect with its Underworld affairs in return for the opportunity to study the Dark Umbra.

The mutation of the Cappadocian blood since the clan's fall means that most surviving Cappadocians are now, to all intents and purposes, considered members of bloodlines or other clan variants, but there are still one or two who are recorded as remaining Cappadocian, such as Angelique of Cairo by Night and Apacia of Children of the Revolution.

During the 2010s, the Harbingers of Skulls launched an assault on Clan Giovanni's holdings in Venice, with the assistance of a number of young Giovanni. This was one of the immediate causes of the Family Reunion.

Both the Hecata Cappadocians and Harbingers of Skulls, have a great deal of influence over covering up killings done by them or their companions, and they learn far quicker their arts of necromancy than most Hecata.

Because of the clan-wide changes in the blood, Hecata Cappadocian no longer exhibit their corpse-like visage. In its place is the new clan-wide bane of the painful Kiss.

Curiously, and although it is not widely known, the Cappadocian and Hecata are immune to the Beckoning.

Cappadocians are responsible for several variants and bloodlines, one of which even became a proper clan, usurping the Cappadocians themselves. The most notorious offshoots are: 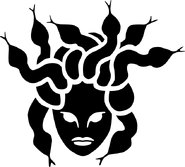 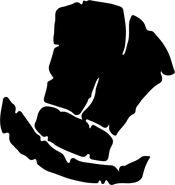 Ashirra
The Islamic branch of the Cappadocian clan were known in the Middle East as Qabilat al-Mawt, and were among the most learned of the kindred of those lands. The Qabilat al-Mawt had to be careful in their studies of the dead as Islam holds the dead in high regard; desecration of corpses could have attracted the attention of both mortals and the Ashirra, or organized Islamic Kindred. Very few Qabilat al-Mawt were also true Muslims; many used the Islamic teachings as one of many means of information.[1] They shared the fate of the occidental Cappadocians.

The African branch of the Cappadocian clan were known as Mla Watu, and they are one of the minor legacies of the Laibon. Mla Watu necromancers prefer their privacy, keeping to themselves and their studies and avoiding the Jyhad. Other Laibon prefer it this way, since Necromancy is seen as an evil skill in the Ebony Kingdom. Their cadaverous appearance and fascination with the worlds of the dead could identify the Mla Watu as descendants of the Cappadocians, but they guard the secret of their origins closely (and that's the reason why they have survived the Giovanni purge of their clan).

The Cappadocians maintained a rather collegial organization: the clan was generally friendly towards each other, but loosely organized. Cappadocians would correspond extensively on their work, but generally were solitary, with sire-childe relationships being the most common. The clan had respected elders, but given the generally loose structure of the clan, clan prestige and power was mostly associated with insight into the mysteries of death and life.

The one word that sums up the old clan is "passive". The Cappadocians had their own projects and plans, and generally focused on those while ignoring the larger affairs of the world. Blessed with an unusually active Antediluvian and a generally placid nature, the Cappadocians were much less concerned about Gehenna, political backstabbing and the other niceties of undead life. This, of course, made them natural targets for the Giovanni.

The Cappadocians were well known for partnering with the Ventrue, often serving as stewards or aides to Ventrue Princes. In this fashion, a Cappadocian could acquire what resources and protection he needed to pursue his own projects.

The Cappadocians were also highly religious, and would often adapt Christian religious practices, even if Embraced before Christianity. As a result, there were a large number of Cappadocian monks, priests and the like.

Cappadocians usually choose scholars or other intellectuals for the Embrace. The clan's morbid predilections meant that they often desensitized new Embraces by burying them or interring them in crypts shortly after the change. In this way, the childe could acquire first-hand familiarity with death.

Insofar as there are version differences, they are mostly tied in with the Giovanni. The Cappadocians were created after the Giovanni, and the Cappadocian clan was not really created until Vampire: The Dark Ages. As a result, earlier material (such as Giovanni Chronicles I) creates several Cappadocian characters whose clan is listed as "Giovanni". Similarly, The Book of Nod, which predates the introduction of the Cappadocians, names the Giovanni as the Clan of Death. 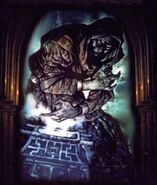 From V20. Art by Leif Jones 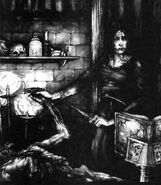 All template illustrations by Michael Chaney from Clanbook: Cappadocian