The Bratovitch, are one of the four Revenant families in the service of the Sabbat.

Historically servants of the Tzimisce, the Bratovitch have served their masters as guardians and taskmasters, specializing in the training of ghoul-bred dogs. Bratovitches became the most notorious of the Revenant Lupine hunters due to their keen understanding of the Lupines and their strategies. The family remained with the Tzimisce and proudly fought against the Anarchs during the revolt.

When the favors seem to be on the side of the Anarchs, the opportunistic Bratovitchs switched sides, betraying their masters to the hungry rabble. When the Sabbat formed after the Convention of Thorns, the Bratovitch gladly allied themselves with the nascent sect. The family is no longer active within the Sabbat. Due to the family’s peculiarities, most Sabbat avoid them at all costs, considering they can be even more vile than the sect itself. Occasionally, a nomadic pack will stay on a Bratovitch estate, but seldom for long.

The horror stories concerning their demented games, their foul experiments, their repulsive diets and their self-mutilation are innumerable. Every Bratovitch seeks only power to survive in the brutal games of the family. Many seek their Tzimisce masters for vicissitude-altered features and have little to no understanding how Humanity functions.

They live in dilapidated mansions, filled with antiques and junk that has been with their family for centuries. They never clean their houses, so they are very dirty and disgusting. They cannot keep a servant, for any help goes insane, flees in terror, or becomes a meal for the family. Most Bratovitch never see a normal human being, only their revenant cousins and vampires, and have trouble understanding why people would find it repulsive to drink blood or have an aversion to killing.

Weakness: All Bratovitch have a temper that is similar in nature to that of the Brujah. As a result, they are equally close to Frenzy.

Morality: Many are instructed from early age to follow Paths of Enlightenment or variants of the medieval Roads. 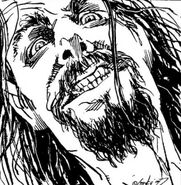 Retrieved from "https://whitewolf.fandom.com/wiki/Bratovitch?oldid=241321"
Community content is available under CC-BY-SA unless otherwise noted.