Deception, Mesmerism
Aurum is the Refinement of Gold, also known as Mortality. It is practiced by Prometheans who seek to pass as human and to understand the human condition, and thus the soul.

As most Prometheans lack the experience of "growing up" and learning about appropriate human behavior, those who follow Aurum seek to gain the experience and tools they need to understand humanity. Many Mimics measure themselves against their Lineage’s demiurge creator; some seek to become like them, others to avoid their pitiful example. Naysayers say that the Refinement of Gold is pointless and dangerous; Prometheans are simply not close enough to human to even begin to understand human nature.

Because of its nature of dealing with humanity, many Prometheans find themselves as Mimics either at the beginning or end of their Pilgrimage. Those who find it at the beginning tend to have been created around large urban areas, where there are plenty of humans to encounter. Those who turn into Mimics towards the end of their Promethean journey believe the path holds the last key pieces of ending their Saturnine Night.

The Transmutations available to the followers of Aurum make life as a Promethean easier, but there is a danger in a Mimic believing that they are are they need, and that the Pilgrimage is a matter of "fake it 'til you make it". They will come to understand that the Refinement of Gold is a chance to learn about humanity; an internship among those amongst whom they will one day live. The connections and bonds they form in this role, however, make it harder to accept they are outsiders and move on as the Disquiet and Wasteland inevitably takes hold.

As befits their name, the Mimics strive to make themselves mirrors of humanity. Their practices revolve around adopting human routines in order to gain insight into their importance.

Many Refinements focus on some aspect of the Promethean condition, but not Aurum. A Mimic’s focus is outward; they strive to remember that they are observing humanity in order to understand it, not just aping human behavior unthinkingly. Rather than playing a game of dress-up, they are doing research among a foreign people, trying to learn their language and their customs. They try to balance immersion with objectivity, taking baby steps as they grasp each aspect of humanity and try it on like a new article of clothing.

The danger is that the Mimic’s adaptions give them some measure of control over humans, which can ironically lead to them dehumanising people. A Mimic’s influence over humans is not subtle, ultimately being destructive. The more they push any given person to do what they want, the more damaged they are by the brute force of the Mimic's control. Similarly, the ability to mimic humanity runs the risk of them forgetting what they really are. They have every reason to want to forget the realities of their existences; losing themselves in humanity is an easy way to do it.

Instead, a Mimic strives to form the sorts of bonds that their condition usually denies them. They make friends, take a job, or even enter a romantic relationship for as long as they can before Disquiet inevitably creeps in. Those following the Refinement of Gold find these moments invaluable in their Great Work, as short-lived as they may be. The focus on empathy and relationships also affects how they interact with other Prometheans, some of whom seek the Mimic out in order to have someone to talk to who isn’t focused on their condition.

Ulgans and Galateids are most often seen on the path of Aurum, as their very natures lead them to constant human contact. In contrast, Frankensteins are rarely seen with the Refinement of Gold, as they are usually spurned by humanity because of their appearance and attitudes.

Known Practitioners of Aurum are: 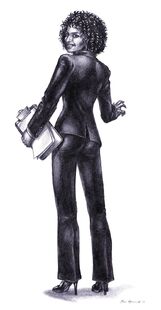 A practitioner of Aurum.
Add a photo to this gallery
Retrieved from "https://whitewolf.fandom.com/wiki/Aurum?oldid=256685"
Community content is available under CC-BY-SA unless otherwise noted.